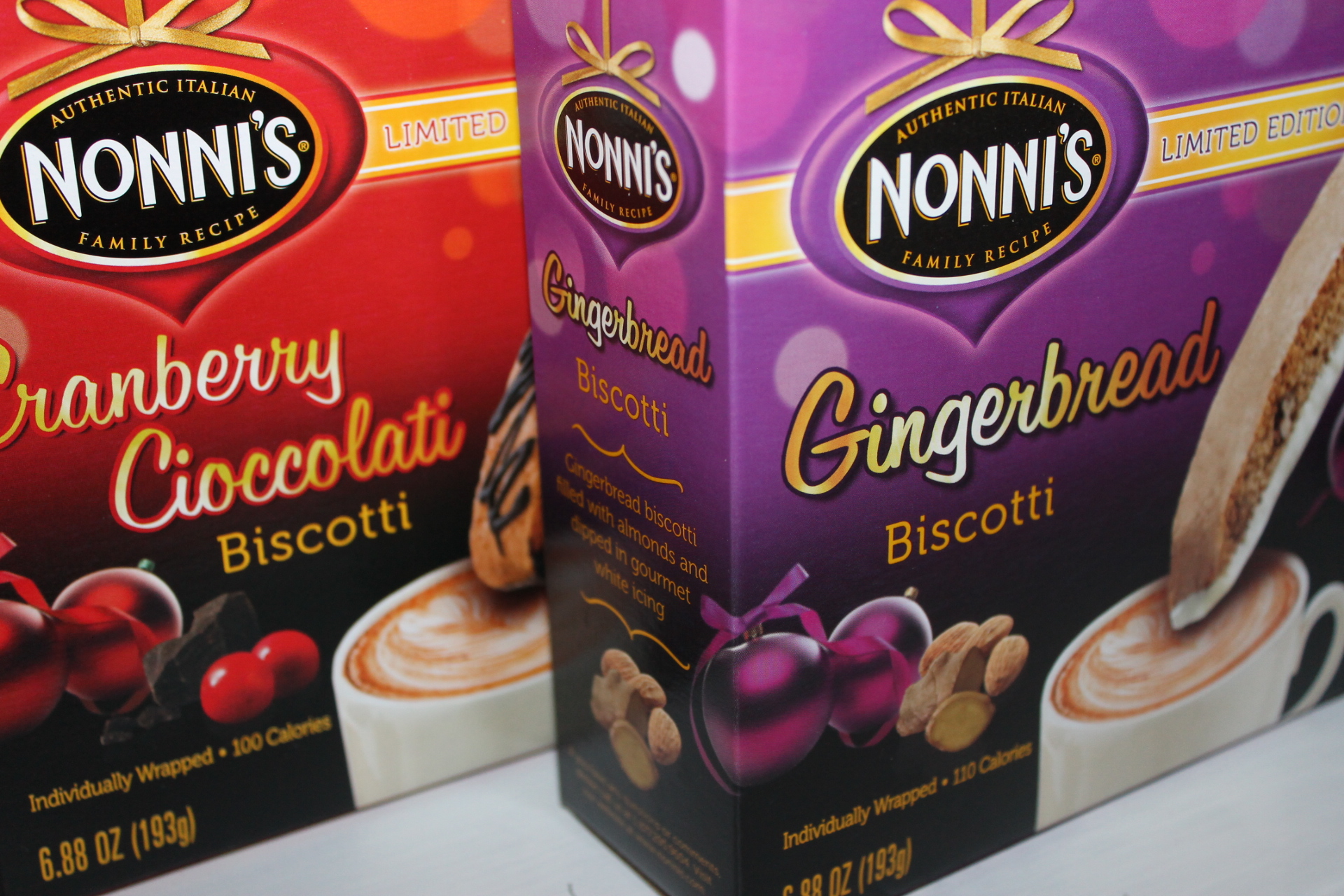 I love Biscotti, in fact, I have an entire Pinterest board dedicated to Biscotti. Now, all Biscotti does not taste the same but when you find a good brand of Biscotti, I pretty much can guarantee you’ll enjoy it as much as I do. I recently received Nonni’s Biscotti in two delicious flavors to review: Nonni’s Cranberry Cioccolati and Nonni’s Gingerbread Biscotti. The Nonni’s Gingerbread Biscotti is a returning flavor but the Nonni’s Cranberry Cioccolati is a brand new flavor. Along with the two flavors I received, you can expect to find Nonni’s Caramel Apple Biscotti (another brand new flavor) and Nonni’s Pumpkin Spice Biscotti (another returning flavor). Don’t wait around to try these new limited edition holiday flavors because they are only available for a limited time. 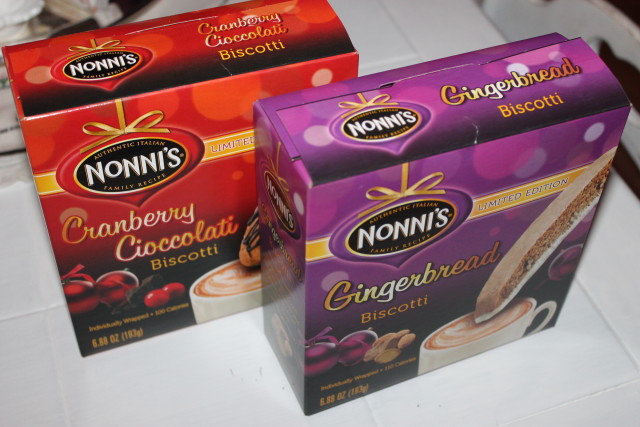 I like to serve Nonni’s Biscotti for my holiday parties because each one is individually wrapped for one. Another reason is because of the delicious flavors. They speak fall to me. And of course I can save money by buying and serving Nonni’s Biscotti because I don’t have to worry about serving stale yummies if I have some left over for my next event. My Biscotti stays fresh and lasts throughout the holidays by my storing it in my pantry. It doesn’t require any thing special to store it like refrigerated goods do, just buy and serve. And eat. You’ll want to keep plenty of these on hand for snacking as well.

Nonni’s Biscotti Limited Edition Holiday Flavors are crunchy and great for dipping in homemade cocoa, coffee or even tea. I have been known to dip it in apple cider as well. Not only is it great for dipping in our favorite beverages, it’s great right out of the package. The flavors I received are so good, or were I should say, that they were gone by the end of the week. Every last one was eaten. It’s time for me to stock up on more. 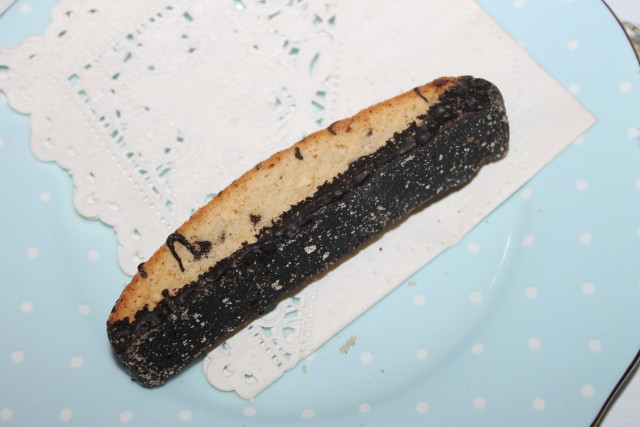 The Nonni’s Cranberry Cioccolati is covered with a delicious and rich chocolate frosting and filled with bits of cranberry. It is the kids favorite of the two although they ate both flavors equally as much. I never mind giving them Nonni’s Biscotti snacks after school and in between meals because this low calorie snack is made to be enjoyed. 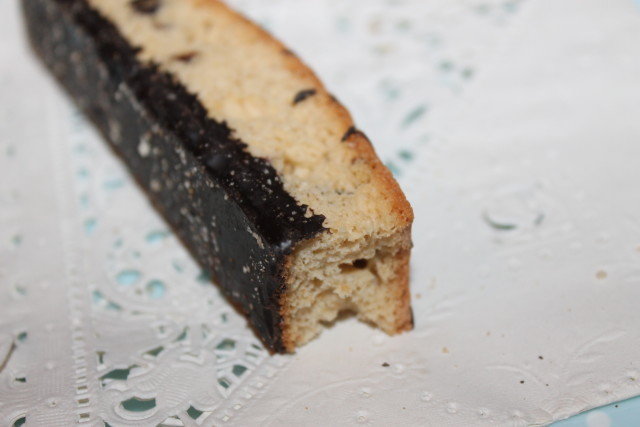 The Nonni’s Gingerbread Biscotti is equally delicious in a different way. I love all things gingerbread and this flavor reminded me of my childhood for some reason. Maybe it brought back memories of baking gingerbread men or gingerbread houses, but whatever the reason, it taste so amazing. The gingerbread flavor was just enough without overwhelming the Biscotti. And goodness gracious did it ever taste divine dipping it in homemade cocoa. 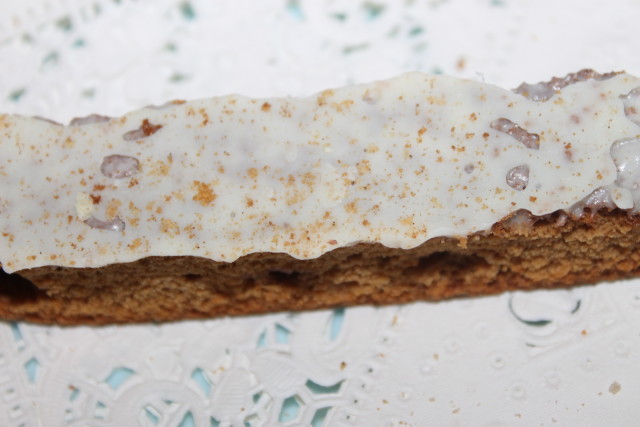 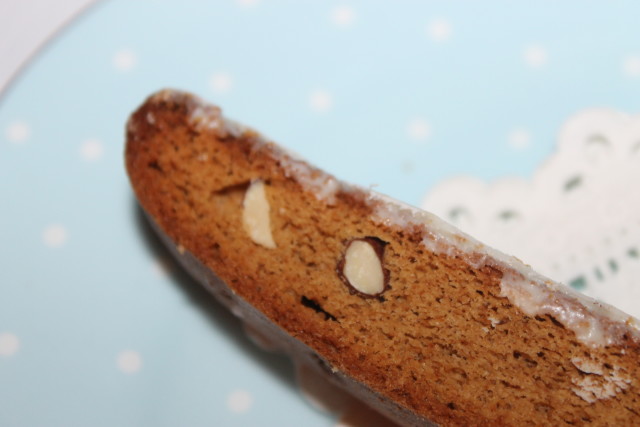 Be sure to pick up these holiday limited edition flavors on your next shopping trip. I was lucky enough to find these on Amazon as well. I do most of my shopping online due to failed back surgery so of course the first thing I did was to google the flavors to see if they were available for my parties.

Which flavor are you most excited about? Have you tried any of these limited edition flavors?