There are few gifts that you can give to your loved ones that are more unique than giving someone their own star named after themselves. I was faced with the challenge of selecting someone to give the gift of a Star Registry Custom Star Kit to and I selected myself. Yes, I gave this gift to myself. You’d of done the same thing, lol. I knew I couldn’t pick one of the kids because if one got one, the others would fuss. That gave me the excuse I was looking for to have a star named Terri. It’s the closest I’ll ever come to being a star. Sooner or later I will have to have a star named after the kids though. Everyone should experience that thrill.

For my review, I received a complete International Star Registry Custom Star Kit, and included in my kit was a black-framed Photographic Sky Chart as well as a Star Registry certificate. I hung it in an area where it would catch everyone’s attention. That way I can show it off and brag about my star named Terri. My star is coordinated and permanently recorded in the book YOUR PLACE IN THE COSMOS along with REAL stars like David Cassidy and Elton John. As hard as I try, while I think over my holiday gift list, I can’t think of anyone that wouldn’t love to have a star named after them. Not only would these made unique Christmas gift ideas, what a perfect gift for newborn babies. I can pretty much guarantee you will be giving the most interesting gift of all. 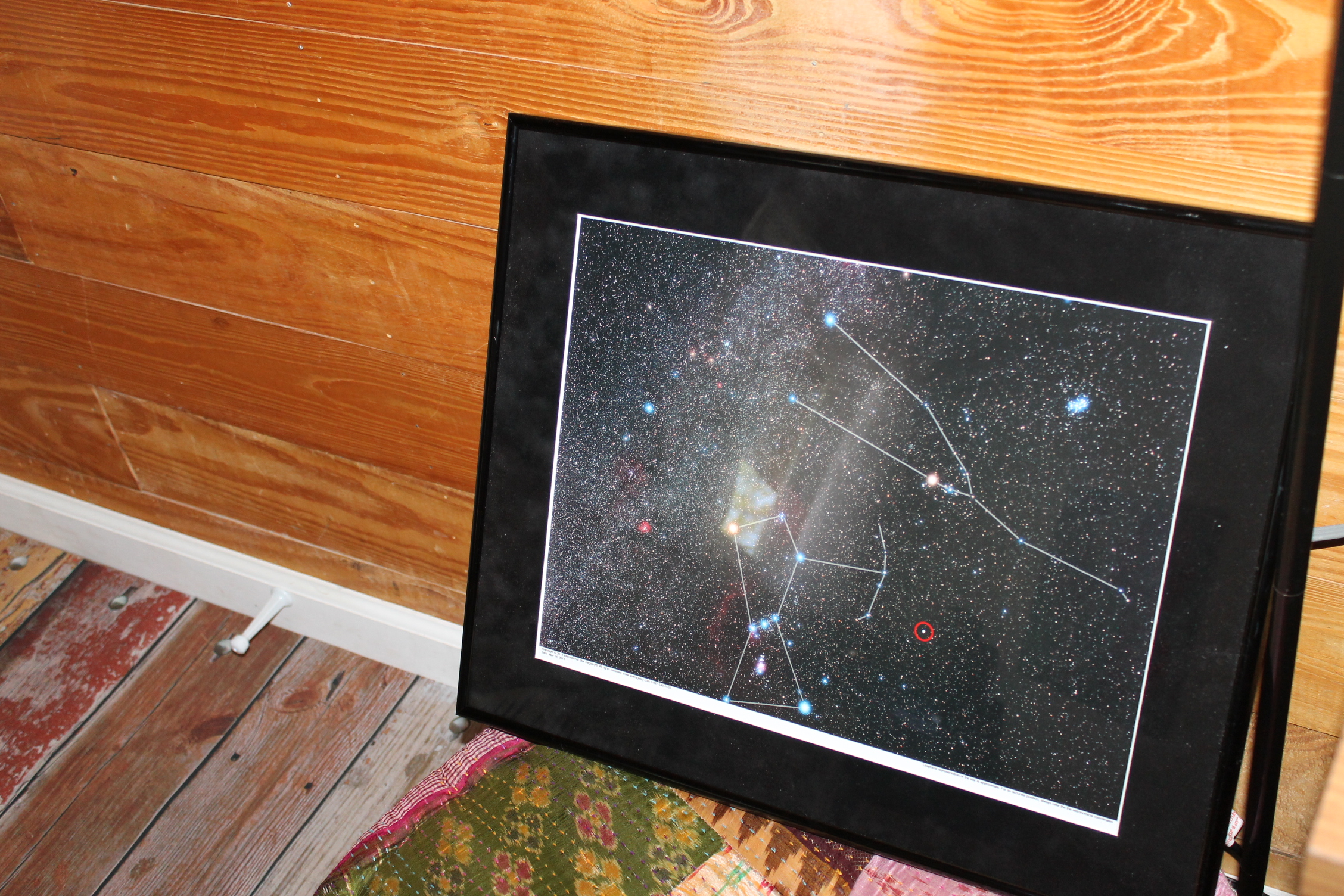 I received a sealed certificate of my star as well and I’ve been taking all sorts of photos of it to send to friends, family, and even people I barely know, ha. I like to be the most informative person that anyone else knows. When people I know, and again barely know, come to me with requests for gift ideas, I like to suggestions for unique gifts that are sure to be a hit. I don’t want to give anyone the same gift that someone else might give them and really, who does? As you can see in my photos, my star named Terri has its own Star Registry certificate number.

Can you see in my photograph and the below image, the location of my very own named star? It’s digitally indicated and circled *prod star owner*! 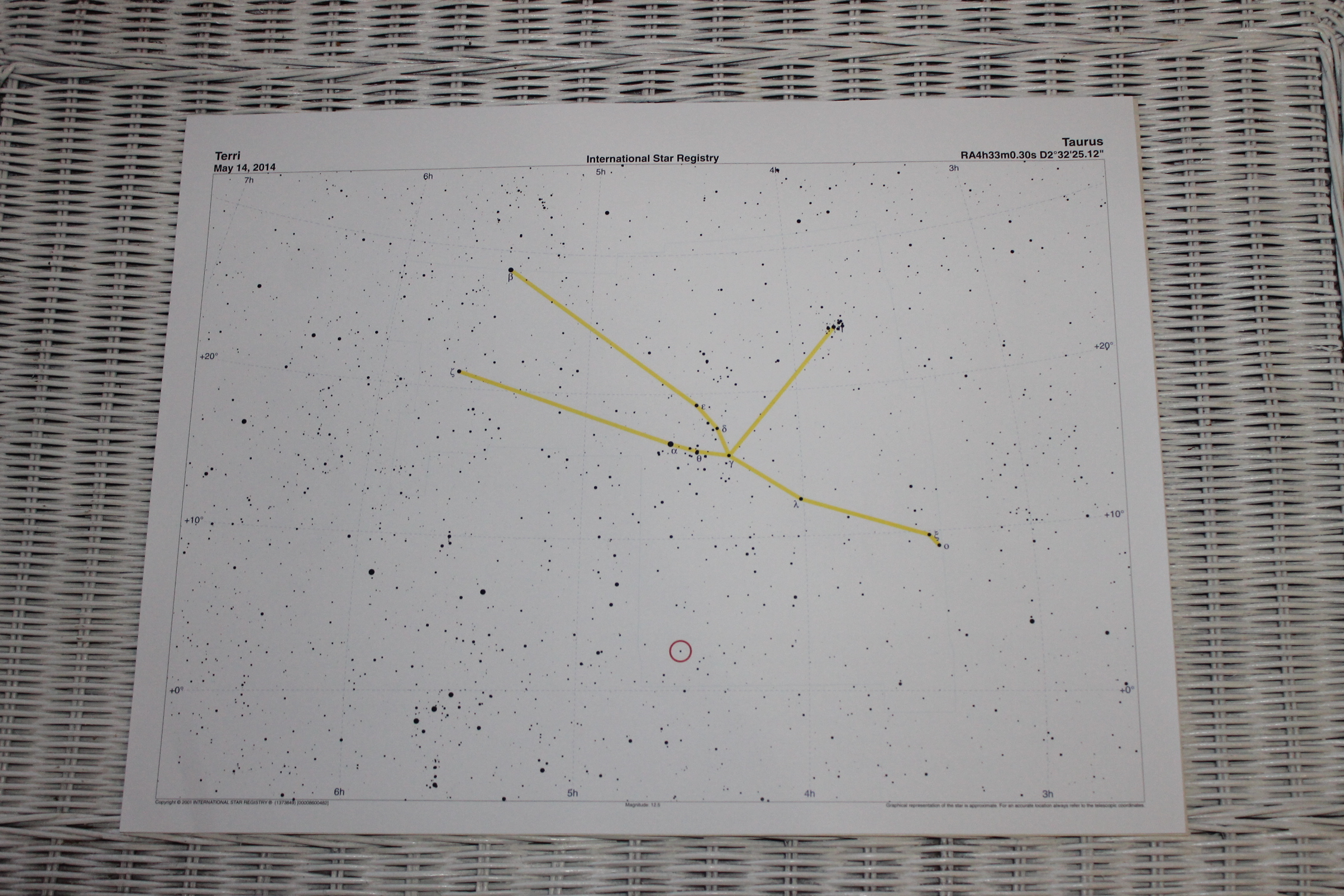 I bet you can think of several persons on your Christmas gift-giving list who would love to have their own complete International Star Registry Custom Star Kit. Make the decision now to buy a star. After you purchase your star, you can find and share them online as well. Please let me know if you decided to make this purchase and be sure to share your star location with me.

Brought to you by International Star Registry and Shabby Chic Boho.