“This post was sponsored by Walgreens Cystic Fibrosis Services as part of an Influencer Activation for Influence Central. I received compensation as a thank you for my post.”

Today’s post is about Cystic Fibrosis and Navigating The Journey Together with Walgreens.

Being a caregiver of someone with Cystic Fibrosis, changed my entire life. Forever. I had recently married my husband who had custody of his three children from a previous marriage when things started getting serious. Right away I realized that something was wrong with Cindy but I thought it was allergy related. She kept a cold or what I thought was a cold. She would cough up mucus that was so thick she was constantly spitting it out. I called and scheduled her an appointment with an allergist in our area and that’s when our lives took a turn for the worst. After looking at her X-rays, he immediately called in other specialists. You can’t imagine the fear running through us, not knowing what was going on or what the problem was. It was after the consultation between themselves that we received the news. Cindy had Cystic Fibrosis. In the course of a couple of hours, we were briefed on CF and we were given every piece of information they had which basically told and showed us how important my role as a stay at home mom caregiver to a child with CF was was going to be.

The first thing that stuck in my mind was that Cindy was going to have to take her medication and was going to have to endure her therapy, religiously and without fail. There aren’t many children who are as adaptable as she was to this and it wasn’t an easy task on most days. She cried many times when I had to do her therapy because she was a child after all and she’d rather be outdoors playing with the other kids, but she was a real trooper. I cried along with the and I’d try my best to make it fun for her. She eventually came to realize as she got older, why we’d insist that she’d take her medicine and do her therapy. It was important for her to live. If Cindy had been given the diagnosis earlier, she probably would have accepted it better but as it was, she was about 7 when we heard the news.

The doctor predicted she’d no longer be with us by the time she reached a teenager but we prayed that he would wrong in his diagnosis. He was wrong. Cindy not only lived through all of her teen years, she married and had two beautiful children before God called his little angel home. This was because of the dedication of all of us. Her dad, her mom, her stepdad and myself. We knew the importance of medication adherence to live her life as long and as happy as was possible. Walgreens was there all the way for us with their Walgreens Cystic Fibrosis CF Champions program. 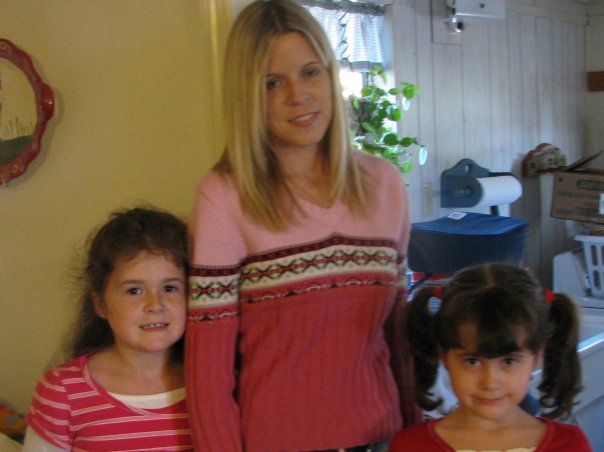 Cystic Fibrosis affects 30,000 adults and children in the US which is a staggering amount to me. If it’s lifelong disease and it affects everything a person with CF does. There were so many times that Cindy couldn’t play because she was too sick, or there would be concern about cross contamination during flu season and other illness’s going around and it would break my heart to watch her watching the other kids play. Not only does CF affect the respiratory system, it affects the digestive system as well. Cindy had to take an enormous amount of pancreatic enzymes before meals and snacks because her pancreatic ducts were blocked. Overall, Cindy was a happy go lucky young lady, despite the hand, she was dealt. There were times however when she experienced high levels of depression and anxiety, which can greatly impact disease severity and outcomes, actively following medication regimens and understanding of CF.

Even though you might be going through the same thing we did, you are not alone. Walgreens CF Champions site is set up for individuals that are going through this journey with their loved ones.

5 Most Helpful Exercises to Minimize Kyphosis
Stocking my First Aid Kit with Comvita Kids
Bed Bug Bites Vs. Scabies: Diagnosis and Treatment Tips
What to Consider When Looking For a Board-Certified OB/GYN Specialist
Self-Care 101: How to Take Much Better Care of Yourself- Starting from Today
My Staph Infection Opened My Eyes About Probiotics
The Health Checkups That Are Vital To Keep
Comprehending How CVI Develops and Its Treatment Options
Brushing Fun & Firefly Lights, Camera, Smiles sweepstakes #ad
7 Unexpected Ways To Beat Stress
0
0
0
0
0
0
0
0
0