Brought to you by Francois et Mimi and Shabby Chic Boho.

If you’ve ever had a cup of coffee made with a good French Coffee Press, you’ll want to throw your coffee brewers away. I don’t think I’ve ever had a fresher tasting cup of coffee than ones I drink from my Francois et Mimi 50oz Glass French Press. I’m actually drinking a cup now. I can’t think without my coffee.

I was at a friends a little while back and she had a French Coffee Press and I’ve been hooked on them since. They are a must have for any coffee drinker. Take my word for it.

The chrome, or stainless steel, is really beautiful and lovely to photograph I might add. 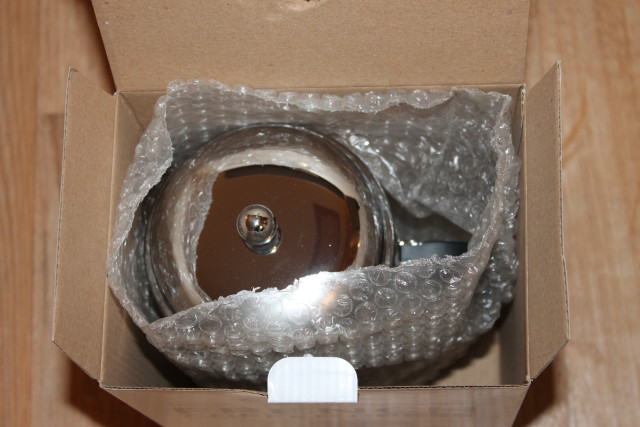 I didn’t waste any time getting my new French Press out of the box. I rinsed everything out really well, dried it and I was ready to test my new coffee press. It wasn’t hard to do with the easy to use instructions on the box. 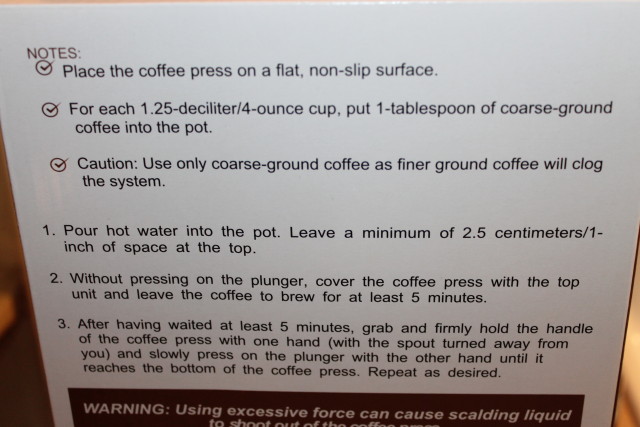 I wanted to make a full pot so I used 1/2 cup of coarse ground coffee. I would normally grind my own coffee beans but I already had some ground that I needed to use up. If you don’t like strong coffee, you might want to start with 1/4 cup or as per instructions, 1 T per 4 ounces of water. 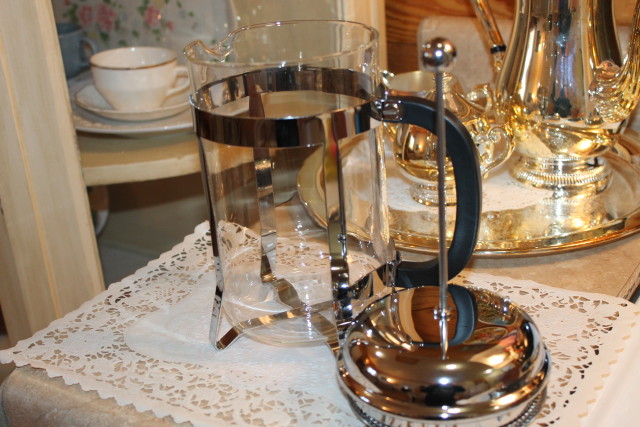 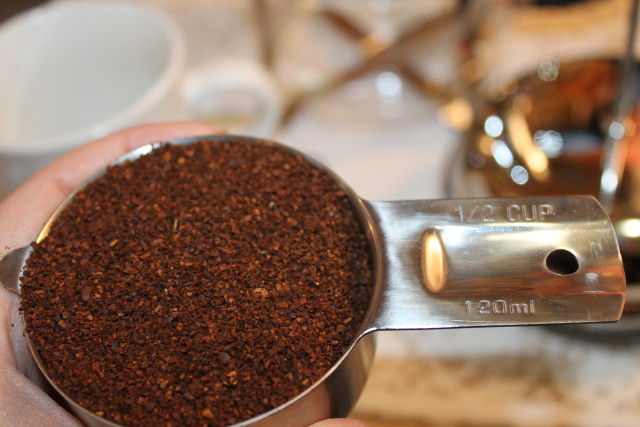 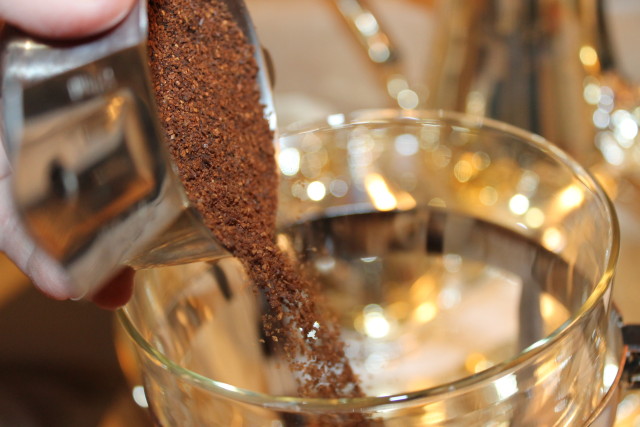 After putting the coffee in, it was time for the water. I used my Ozeri electric glass kettle to boil my water in because it gets the water really hot and because it’s quick and when I want coffee, I want it sooner rather than later.

I then put the lid on… 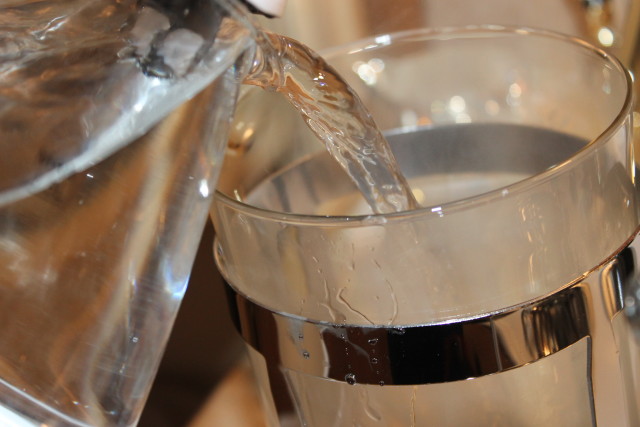 Making sure not to push the screen down yet. I waited 5 minutes… 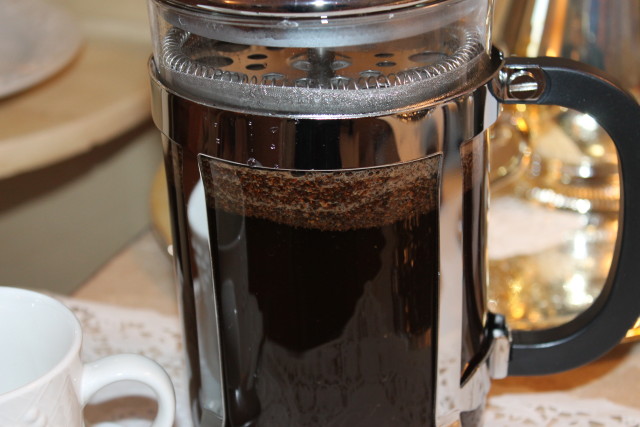 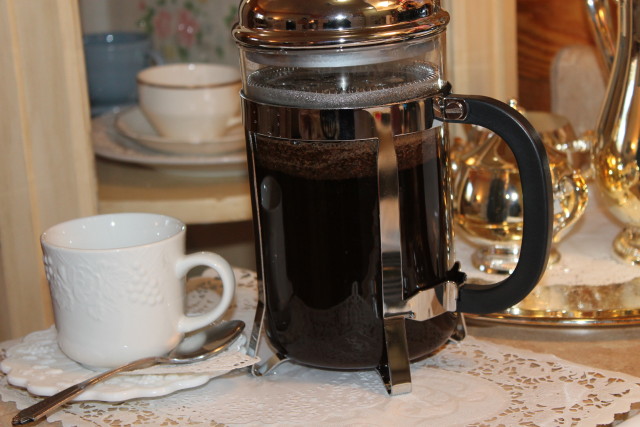 I then pushed the screen down to trap the coffee grinds at the bottom of the pot. I love that the screen works so well that it does not let any grinds in my coffee cups.

That’s it down at the bottom. 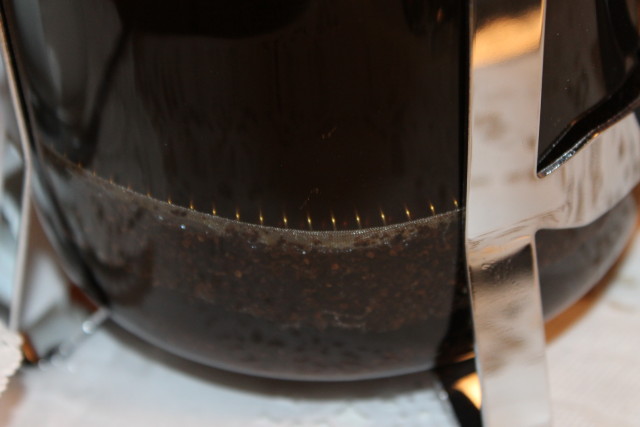 The coffee is rich and fresh and smells amazing. 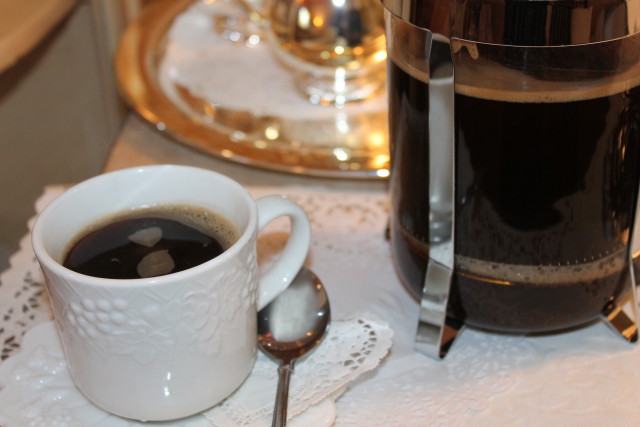 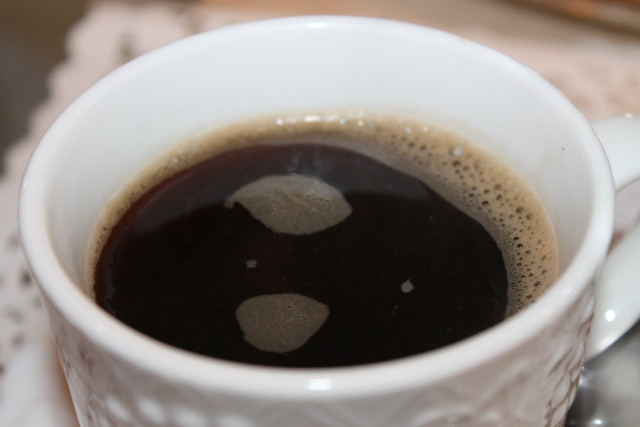 I’m pleased with the performance of my French Press in delivering the perfect cup of coffee every time.

There is one flaw to this French Press that was causing a big little mess. The handle and the sprout don’t line up. The handle is in the back and the spout is in the front. The sprout is to the right because the handle is not centered and because it’s pretty heavy when it’s full, I spill the coffee. I’ve made several messes. I now put our coffee cups in the sink to pour it. Problem solved and I even think I might be able to move the handle where it should be by loosening the screws.
UPDATE: Well now I feel like a blooming idiot :). All I had to do was turn the handle about 1/4 of an inch and it lines up perfectly. I didn’t even have to loosen the screws.

Have you ever used a French Press or do you plan to in the future? You can buy your own Francois et Mimi 50oz Glass French Press for a very realistic and affordable price of $25.53 with Amazon Prime.

I received the above mentioned product to use and try. All opinions stated are 100% mine.

My name is Terri and I live in an urban area in central Georgia, USA. I'm a mom to three kids, a dog, 2 cats, 2 parakeets, 2 lovebirds, and other small aquatic pets. My hobbies include photography, reading, binge-watching movies, crocheting, D.I.Y. projects of every kind, gardening, hiking, glamping, and camping. I love to travel and go sightseeing. My coffee pot is my lifeline.