Skip to Content
Home Betta Forget everything you’ve ever heard about Betta fish!

Terri Ramsey Beavers 13 Comments on Forget everything you’ve ever heard about Betta fish!

I’ve always heard that Betta fish are great fish for beginner fish owners.  They don’t require much, and they live for several years if kept healthy.   They don’t need a large fishbowl, and if you feed them daily and keep their bowl clean, they will live a long and happy life.

Let’s back it up to the tank size because, at this point, it’s the most alarming discovery I’ve made of late.  Forget everything you’ve ever heard about Betta fish and upgrade now to a larger tank.  The sooner the better. I’ve always had beta fish, sometimes multiple ones at a time.   On average my betta fish generally, live 3 to 5 years which is around the lifespan of betas considering I bought them all as adults.  Babies will live considerably longer.  So, I thought I was doing everything right. I bought cute little tanks with live plants and I even talked to them daily.  Yes, I am the epitome of the crazy betta fish lady.

And then, I learned that bettas need so much more than that. I wanted to cry. I still want to cry every time I think about all of my dearly departed betta fish.  I love my pets, every single one of them. To think I wasn’t giving even a single one of them the proper housing was heartbreaking. I learn from my mistakes and when I’m wrong, I say I’m wrong.  I was wrong and I did take immediate action to resolve the issues and this is an appeal for you to do the same. 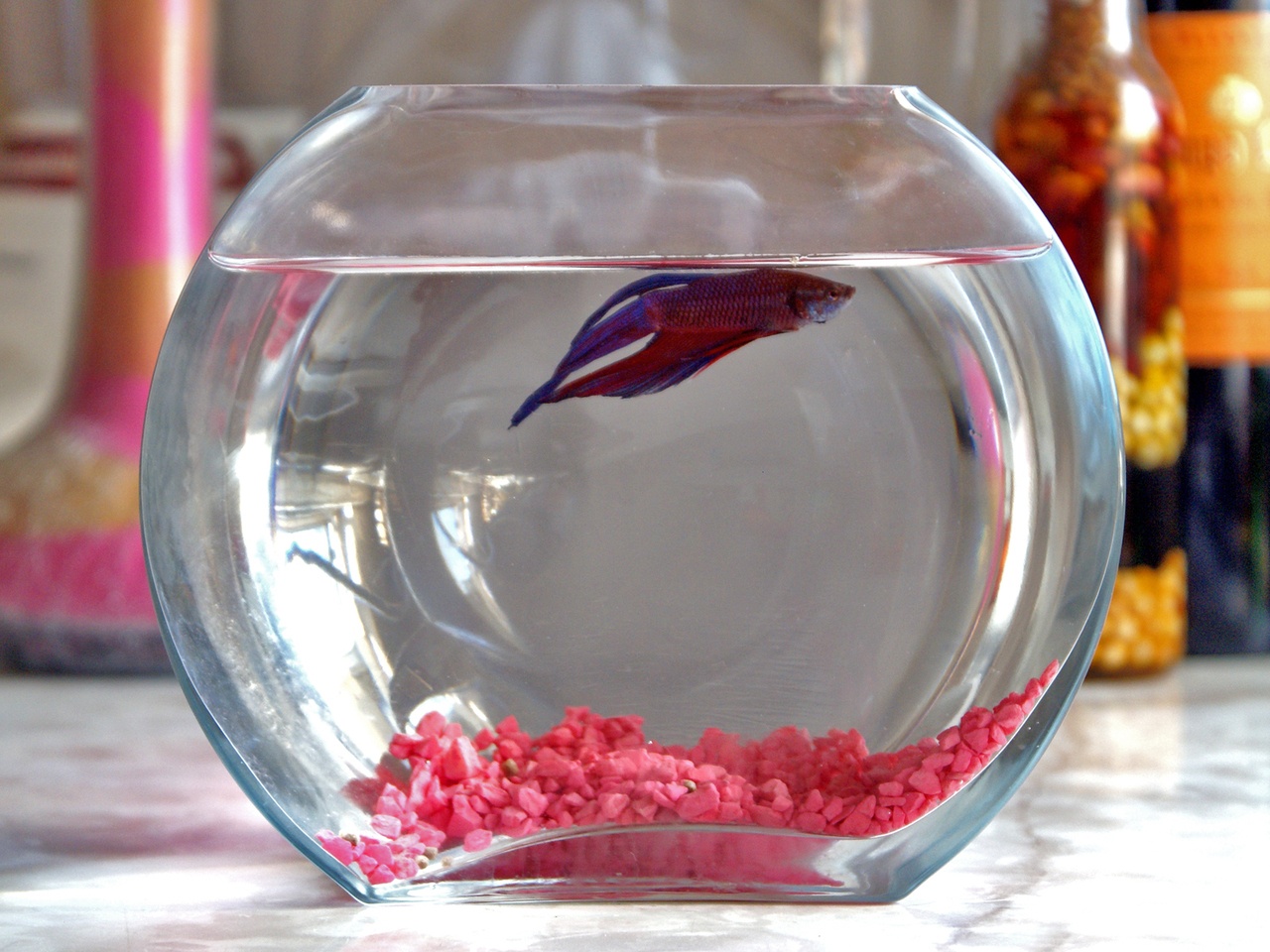 Contrary to everything I’ve and probably you’ve ever heard, bettas need more water than just a cute little fishbowl. They do live in shallow water in the wild but they have such a wide swimming area.  I updated to a larger fish aquarium and I’m hoping you will either purchase a 3-gallon tank or a 5-gallon tank and free your fish from their small confinement.  And again contrary to everything I’ve ever been told, they DO need an air filter and because they are tropical fish, they DO need a heater. Both of which I now have.

Chances are you purchased a betta fish because you’re short on space.   I’m dealing with that same issue but I found a 3-gallon seamless aquarium (no worries about it leaking as happens with glass) that’s so much better than the gallon tank I was using.  It’s only $29.97 right now on Amazon with Prime.  I have been thinking about moving to a bigger apartment where I’ll have a designated room just for my reptiles and fish but I haven’t done anything more than think about it at this point.  I love the convenience of where I live and I have the best neighbors one could ask for. However, if I do decide to follow that route, I will be able to upgrade to a larger aquarium.   But for now, I feel better knowing Ben is happy in his new home.

UPDATE:  3/13 I added neon fish in with Ben and so far so good.  They seem happy in the tank and so does he.

My betta is so happy with the extra room, air filter, and heater, that he’s forever making bubble nests around his plants.  When I am anywhere near the tank, he starts swimming around wanting food. I can tell a big difference in his demeanor, and yes betas do have personalities. Every betta fish I’ve ever owned displayed different activities. If you’re a betta hobbyist like myself, please upgrade their tank and living conditions. I believe you will see a big improvement in your beta.