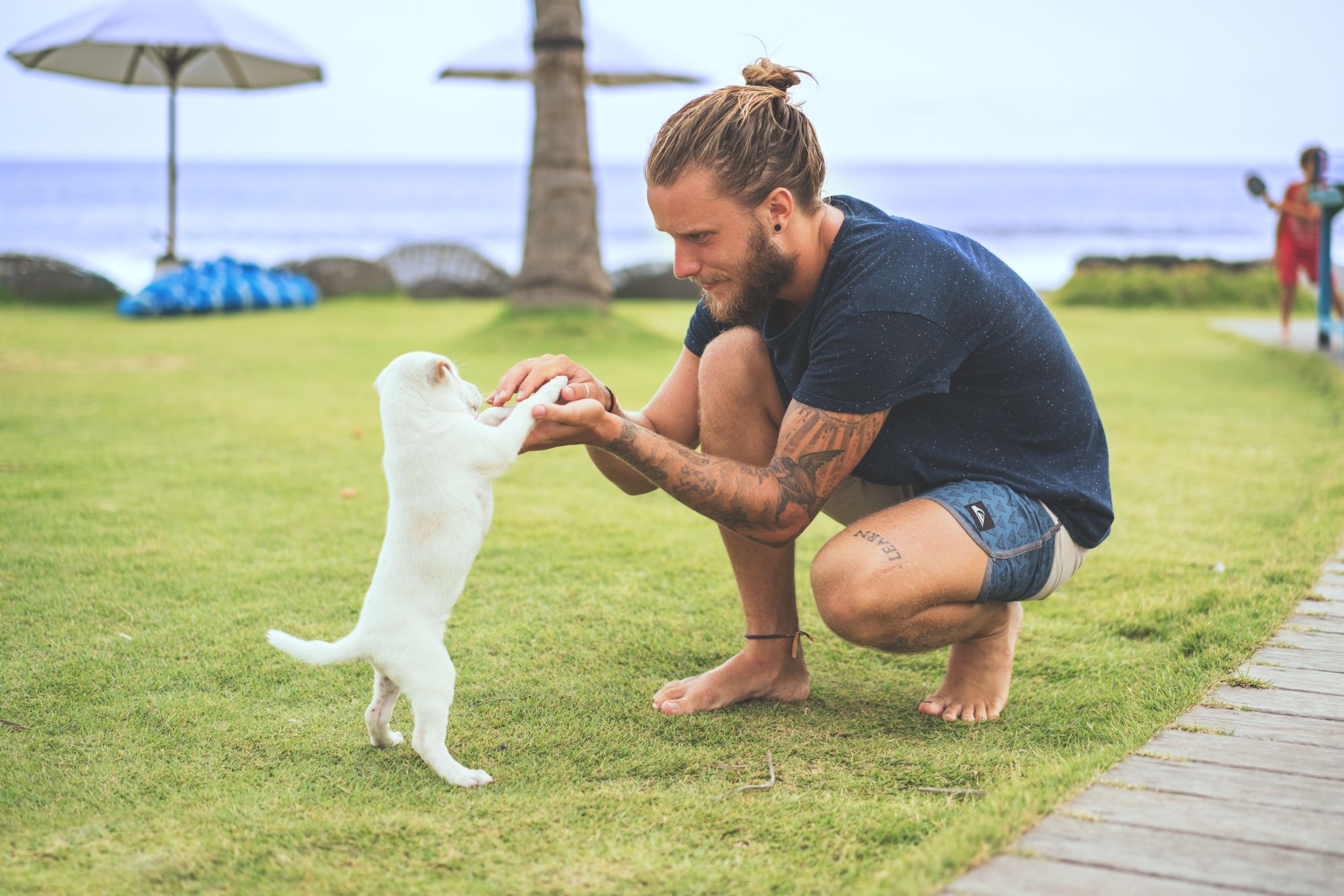 Dogs are valuable companions that bring joy to people’s lives. More than just a pet to be fed and cuddled, dogs can be taught how to be obedient. Pet owners are responsible for providing proper training for their own safety and for others.

Most dogs know their own names, and while they instinctively react when they are called, not all of them heed to the command. Fortunately, there are a lot of ways to teach obedience, and it is easier to school dogs as soon as possible or when they are still puppies.

Here are some ways to train them to come when called.

Use Treats for Positive Reinforcement

There’s nothing that can excite a dog more than food does, and using it can be a great way to incentivize them. Popular food treats include cooked chicken, jerky, and dog bones. Since dog noses are sensitive, the stinkier or the more powerfully scented the food, the better. You can go with other flavors like peanut butter, bacon, and cheese as well.

First things first, before you can teach a dog how to go to you when called, they must know their own name first. You can use their name as a cue that you want their attention. Start training them by having them close by, and when they stand at attention or look at you when their name is being called, reward them with treats.

You can gradually increase the distance between the two of you so they are trained to come no matter how far. High-value treats are snacks that are considered for special occasions because the dogs don’t have it very often. Reward them with these valuable canine goodies when they achieved a training milestone.

It takes a bit of patience and a lot of lessons to get your dog to associate their name with being called. It depends on the dogs, but some do learn faster than others. It is important to have a set training schedule and to use valuable rewards to help them remember.

When training, make sure that the environment is free from distractions such as overly loud noises or pungent smells. When having trouble to get the dog to respond to you, consider changing how you sound or appear. They may be more attuned to a happy-sounding voice and a stance that is more welcoming as a body language. Use variations of their name or commands as well.

Using food to reward good behavior is a great way to train your canine buddy, but it can cause them to eat more than is necessary, which can result in obesity. Dogs love walks and being outside, so utilize these as rewards. Fun rewards can be prompted in the form of audiovisual cues such as showing the leash for walks or squeezing the squeaky toy for play. Additionally, dogs love being lavishly praised with words of affection and petting.

Make the Training Short but Fun

Regular training is a must, but it doesn’t mean that each session has to drag on and on. Commanding your dog to heed when called is simple, but longer training times can be problematic due to their short attention span and susceptibility to distractions. Make the ordeal last a minimum of 5 minutes to no more than 15 minutes per day a few times each week.

When the training ends on a high note, it is counterintuitive to “punish” them. You can use other commands to signal the end of the session instead, and never do “punishing” activities such as giving medicine, nail clipping, or bath time right after training. Depending on what your dog deems as punishment, getting their attention to end the treat-giving or walks will not work any favors at all.

Never Scold the Dog out of Frustration

As has been said, some dogs can take longer to learn than others, and as a pet owner, you may find this frustrating. It can be annoying to spend all those months of training only to find the dog doesn’t come immediately when called or tends to do other things, like rolling on the floor or outright ignoring you. It’s never a good idea to display extreme temper like irritation or anger at your dog. Yelling or scaring your dog will undo everything that is taught to them, so it’s best to end the training session at the first signs of frustration by either you or the dog.

Once your dog has a firm grasp on the commands, slowly take away the treats and toys as rewards. You can keep praising him with pets and vocal affection. This way, the dog learns how to be obedient and to continue doing the commands even without the physical rewards on hand.

Taking the time to train your dog will be rewarding and worth it in the end. As lovable companions, it’s natural to want only the best for them. Having them learn basic commands or obedience will come in handy one day, specifically in situations that can put them in harm’s way, like crossing the road or hiking in the woods. Precautions like a leash and harness should be in place, but ultimately, an obedient dog is a big responsibility.

What are your favorite tips for training a dog? Share those in the comments section below.

The Difference Between Pet Hotels and Kennels
Be Ready: How to Prepare for a Major Storm Before It Hits
8 Tips Every First-Time Puppy Owner Needs to Follow
How Best To Groom Your Dog
5 Ideas for a Pet-Friendly Home
Giveaway $100 GC Food Lion and Companion Pets Review
Are you a new pet owner? Learn these signs of a healthy puppy!
Exotic Pet Guide: 5 Wild Animals That Make Good Pets
Setting Up A Ball Python Tank
Best CBD Cat Treats
0
0
0
0
0
0
0
0
0