Skip to Content
Home Technology macOS High Sierra vs Mojave: Which Is Better?

Terri Ramsey Beavers Leave a Comment on macOS High Sierra vs Mojave: Which Is Better?

It’s been 20 years since macOS X first arrived. Since then, there have been 15 different versions of OS X. Some were revolutionary, while others have stayed the course.

Of course, the question for almost any Mac user is which version of OS X is best. Most machines are compatible with several versions, so you can choose.

Many people wonder about High Sierra vs Mojave. Mojave is the second-most recent version of OS X, and the last one to have support for 32-bit apps. High Sierra is the version before that, which builds on Sierra.

So, which is better? This guide will help you compare the two.

When it comes to macOS versions, Mojave and High Sierra are very comparable. The two have a lot in common, unlike Mojave and the more recent Catalina.

Like other updates to OS X, Mojave builds on what its predecessors have done. It refines Dark Mode, taking it further than High Sierra did. It also refines the Apple File System, or APFS, that Apple introduced with High Sierra.

APFS replaces the old Hierarchical File System (HFS+). It changes the way your computer organizes data. Apple had introduced it to mobile devices since it can help save space.

It also makes the process of copying files faster, among other things. True APFS functionality for fusion drives didn’t arrive until Mojave rolled out, though.

Another key difference between the two versions is support for 32-bit apps. With Mojave, Apple said they were no longer supporting 32-bit apps without compromise.

So, while a 32-bit app will still run on Mojave, it might act a bit strange. Functionality may be reduced or you may notice the app crashes a lot.

Still, Mojave will run 32-bit apps, unlike Catalina. If you want to keep running 32-bit apps without issue, though, High Sierra is your best bet. It supports 32-bit apps fully.

Mojave continued the trend toward “iPadification.” More iOS apps made their way to macOS, as well as features.

High Sierra, for example, allows your Messages history to be kept in sync across devices. Mojave introduced a feature that allows you to choose your iPhone as a method of “content capture” while you’re working on your Mac.

Some iOS apps, like News, made their way to macOS with Mojave. If you’re using an older version of the OS, these apps won’t be available to you.

A True Dark Mode With Mojave

If you’re using Sierra or High Sierra, you can get more info about how to use Night Shift.

In High Sierra, the best you can get is a “dark” menu bar. Almost everything else remains bright. Even some of Apple’s own software defies dark mode and remains bright on the screen.

Mojave fixes this issue. Dark Mode now applies to every feature of every app, across the system. It’s truly a dark mode.

Many users like dark mode because it reduces eye strain. It’s particularly helpful for anyone who does a lot of work late at night or in a darkened room. Many users are familiar with dark mode from mobile apps, so they’ll be happy to see this option available.

Other changes between High Sierra and macOS Mojave have to do with your desktop and the Finder. These features could help you stay a little more organized.

Mojave groups files, folders, and photos you drag onto your desktop. You’ll no longer need to hunt for a particular document. Instead, you can click on the relevant stack to see a list of files of that type.

Mojave also makes changes to Finder. It combines Quick Look and the Markup tools that first appeared back in 2014. You can now make changes to documents without even opening them.

Mojave has some distinct advantages over High Sierra, but which one is really better? Choosing between macOS Mojave vs High Sierra depends on what you want to do with your Mac.

If you have a fusion drive, then Mojave is almost certainly the better bet for you. The refinements to APFS translate into a speedier computer and help you free up space.

Is Your Computer Compatible?

Before you decide to install either High Sierra or Mojave, you should make sure your computer is compatible.

Get the Most out of Your Mac

If you’re not ready to make the leap to macOS Catalina, then Mojave or High Sierra could be the right choice. The winner of High Sierra vs Mojave depends on what features you want to see in your operating system.

As Apple keeps upgrading its OS, it’s bringing more apps to desktop platforms. Wondering if it’s a good idea to invest in a mobile app for your business? Discover how this and other tech can help you grow.

How to make your computer look cool? 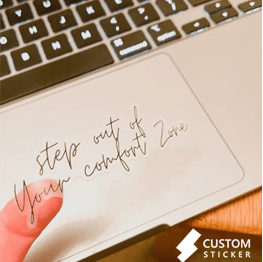 Did you find the right computer for you? After knowing the performance of the computer, the most important thing is to make your computer look cooler. The best way is to use custom die cut stickers. It is not easy to be confused with others, and it is more fashionable. At the same time, you can create or choose any picture you like as stickers to decorate your computer and make your computer not only perform well but also look cool.

Easy Ways You Can Take Care Of Your Technolgy
5 Little Known Benefits of Apple Pay
Cybersecurity Statistics: 5 Surprising Stats from 2022 and What They Mean for Your Business
How Long Do Laptops Last? 10 Signs You Need a New One ASAP
High-Quality Podcasts & Other Digital Content You Can Enjoy in the Tech Age
4 Reasons to Enroll in a Teacher Technology Course
Oppo is One of the Best Phone in Singapore
Unusual Ways Small Businesses Can Make Money for Their Ventures in the Tech Age
Why Designing Your Online Experience Is Self-Care
3 Ways To Look After Your Phone
2
3
3
2
1
1
1
2