Skip to Content
Home Travel The Best Things to Do in Phnom Penh: A Perfect Itinerary

Terri Ramsey Beavers Leave a Comment on The Best Things to Do in Phnom Penh: A Perfect Itinerary 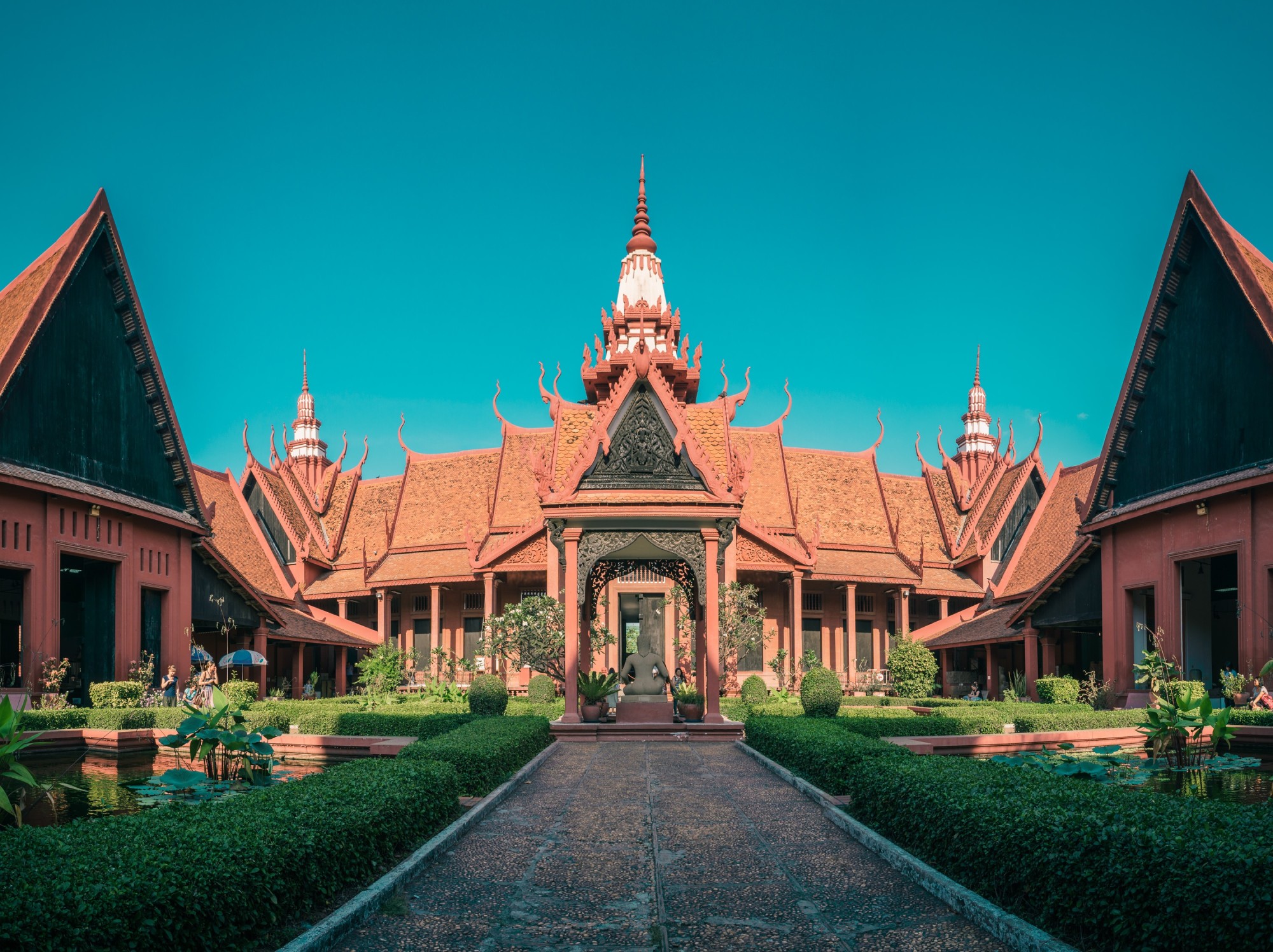 Cambodia is a top vacation destination for those looking for a different kind of exotic vacation. Most people who travel to Cambodia go to see the amazing and historic temples in Siam Reap or to bask on the beautiful white-sand beaches.

Though Phnom Penh is the capital of Cambodia, it doesn’t draw the same touristy crowds as other Cambodian hotspots. And that’s what makes it the perfect place for your Cambodian adventure.

There’s plenty to see and experience in Phnom Penh, and it has a surprisingly hip nightlife scene. Here are the best things to add to your itinerary.

This iconic Phnom Penh landmark is fit for a king, which is a good thing because the King of Cambodia actually does live there! Because the Royal Palace is the real royal residence, most of the palace isn’t open to visitors. But there are some extraordinary rooms that you can check out.

The vast and gorgeous Throne Hall is one of the rooms open to the public. When it’s not a tourist attraction it’s used for official ceremonies and coronations. You can also visit the open-air Dance Pavillion where traditional Cambodian dancers often perform.

Today, there are no monks at the Silver Pagoda, so it’s more of a tourist attraction. Though, the King does still attends Buddhist ceremonies and rituals there. When he does, monks from other temples travel to the Silver Pagoda.

The Silver Pagoda is also something of an art museum. It’s filled with unique and breathtaking paintings and sculptures, including the famous Emerald Buddha.

Visiting the Silver Pagoda is an immersive experience in Cambodian culture and spirituality.

Once you’ve taken in all the artistic beauty at the Silver Pagoda, head over to the National Museum of Cambodia. This impressive building is a celebration of all things Khmer. The building was designed to be an emulation of traditional Khmer architecture.

The National Museum is home to the largest collection of Khmer art in the world. It’s filled with Khmer sculptures and ceramics as well as other traditional Cambodian arts and crafts. The museum is a monument of Cambodian culture, both traditional and modern.

Unfortunately, there’s no way to ignore the bloody history of Phnom Penh. In the mid-70s the Khmer Rouge army killed over 1.7 million Cambodians in a horrifying genocide.

When the genocide ended, a mass grave was discovered at the Fields of Choeung Ek with over 20,000 bodies. Now known as The Killing Fields, the site of this mass grave is now a memorial for all the lives lost during the Khmer Rouge years. Many of the tour guides who explain the history of this harrowing site are refugees who have their own stories of surviving the Khmer Rouge.

To see a monument to how Phnom Penh has thrived in recent years, visit the Factory Phnom Penh. This giant warehouse-style building was once a Levi’s jeans factory. It was purchased by a couple of visionaries who had the idea to create a hip, creative space for artists, techies, and businesspeople to collaborate.

This former house of industry is now a buzzing creative space. Entrepreneurs work together in giant, open-plan co-working spaces. There’s a hip cafe, an art gallery, and the building itself is a work of art. The walls are covered with funky murals all done by Cambodian artists.

The Factory is a testament to how Cambodia has built itself back up in the new millennium. And it’s a great space to get a bite to eat and explore the creativity that’s thriving in Phnom Penh.

If you’re hankering for a bit of American comfort when dinnertime rolls around, head to the Hard Rock Cafe in the heart of the city. With live music every single night, the Hard Rock Cafe is a great way to enjoy the nightlife in Phnom Penh. And get a great bite to eat, of course.

After dinner, head for drinks at Long After Dark. This down to Earth bar in the heart of the Russian market is the perfect place to mingle with tourists and locals alike.

It’s also a great place to get a good drink. They have a variety of beers and ciders on tap, but their specialty is whiskey. They boast one of the largest whiskey selections in Cambodia.

So, settle in, grab a drink, and if you’re adventurous, strike up a conversation with the person next to you.

This popular Cambodian nightclub used to travel from dock to dock. Yes, it was a nightclub on a boat, hence the name. But now it’s settled in one spot on solid ground.

Pontoon is one of Phnom Penh’s premier nightclubs. And it’s widely considered the best place to hit the dancefloor in the city. The club attracts the best DJ’s in the area and even the big names are known to spin there every once in a while.

There are multiple dancefloors where you can bust out all your best moves until the wee hours of the morning.

Planning Your Vacation in the Capital of Cambodia

Phnom Penh isn’t just a place to stop on your way to Angkor Wat or the beach. It’s an interesting, cultured, and fun destination all its own. The capital of Cambodia should definitely be on your list of destinations when you visit Cambodia.

Looking for some great travel tips? Check out the Travel tag!

Top Tips for Planning a Thrilling Family Vacation in Australia
7 Ways Traveling Makes Your Life Positive
Mother's Day in the Park at Reed Bingham State Park
What Constitutes A Perfect Vacation?
8 Things To Consider Before Booking A Trip To The Azores
The Cot Bed To Buy That Is Right For Your Baby and Budget
A Guide to Planning the Ultimate Romantic Getaway
5 Places To Travel In Florida Besides Disney
5 Awesome Things to Do in Detroit
4 Effective Ways To Enjoy A Short Vacation
0
0
0
0
0
0
0
0
Travel