Skip to Content
Home Kids Where and Why To Buy High Quality Army Toys For Sale?

Terri Ramsey Beavers Leave a Comment on Where and Why To Buy High Quality Army Toys For Sale?

Are you thinking about purchasing some army toys for your kid? Many parents are concerned with the interest of their children in weapons that will make them aggressive as adults. Nevertheless, military games have tremendous importance in child development.

Believe it or not, these games help youngster develop their problem-solving, social, and logical skills. By playing with army toys they acquire a sense of belonging and patriotism, as well as learn about the essence of rules. Military games are also beneficial for their fitness and discipline.

Make sure you learn why buying high-quality army toys for your kids is a good idea.

One of the leading reasons why kids should engage in military role-play is the stimulation of their development skills. When playing in teams, children rely on the support of their teammates to complete their mission and protect each other in the course of the game. Consequently, youngsters develop cooperative relations, which help them in establishing real-life bonds with their family members and friends. Click here to learn about the stages of child development.

Moreover, the communication kids establish while playing with army toys as teammates is crucial for optimal social development and teamwork skills. Additionally, military role-play is beneficial in the development of problem-solving skills, which are crucial in the fight against mental conditions like depression. These games also improve creativity, which boys seem to lack in comparison to girls. It’s one of the most effective ways for them to become creative.

Furthermore, the acquired problem-solving skills while playing with army toys assist youngsters in encouraging strategic thinking, social skills, and logic. Even though some parents are skeptical about allowing their kids to play with army toys, engaging in military role-play can be beneficial for their logic and overall mental development.

A feeling of belonging

Another reason for kids to enjoy playing with army toys with their friends is the feeling of identity they acquire while playing. Being part of a group helps youngsters build a sense of identity, such as the identity they get from being members of football teams. The feeling of belonging teaches children a valuable lesson about discipline and respect. 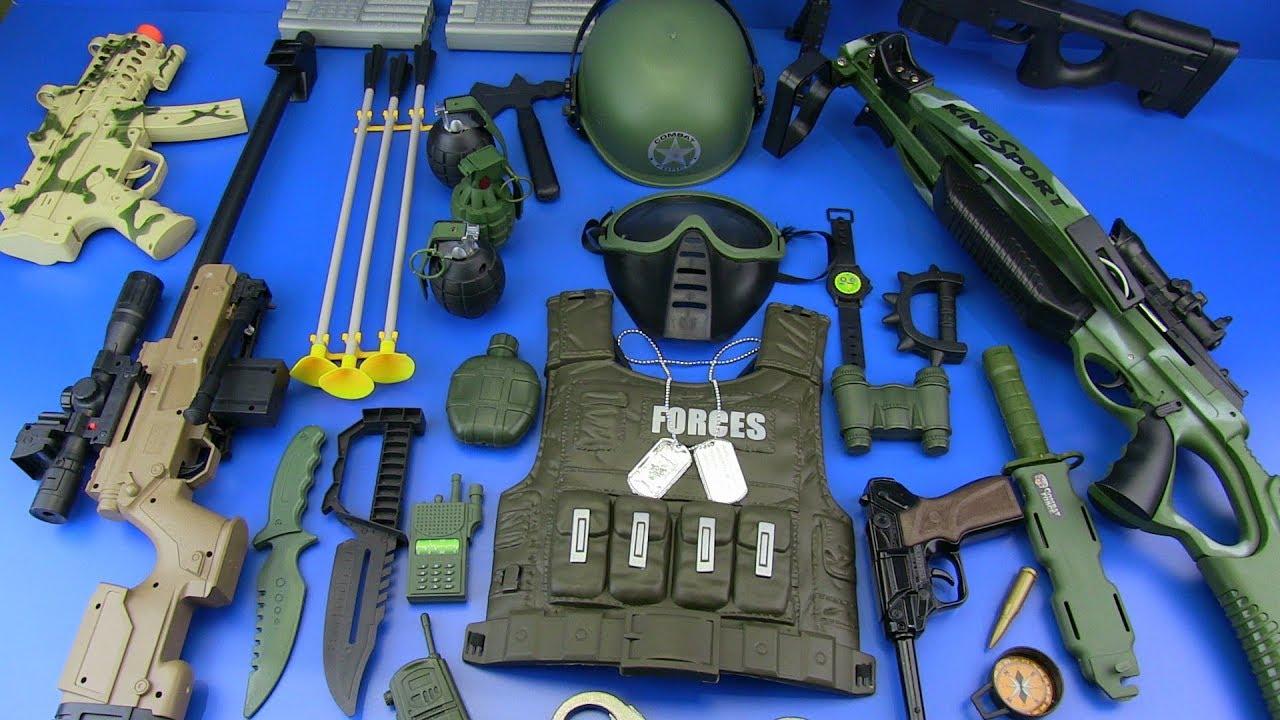 Instead of forbidding your child to play with army toys, why not purchase some toys online and let him/her join his/her group of friends. When looking for the best army toys, find an online shop that offers a variety of toy guns, soldiers, bullets, and plastic hand grenades. By playing with such toys with other children, your kid will learn to be more tolerant of others, as well as open-minded.

Contrary to the popular belief army toys induce bullying in kids, these are actually helpful in the prevention of bullying. While playing with army toys, which are a synonym of power, youngsters learn about the ways in which such power can be used both positively and negatively.

By gaining insight into the positive ways of using such power, children learn how to use this strength for the purpose of helping weaker people, standing up for themselves, and maintaining peace. In contrast, they become aware of the negative effect of bullying and intimidating others. Instead of becoming bullies, kids learn how not to become victims and help in the prevention of bullying.

Another crucial reason for parents letting their children play with army toys is the improvement in fitness. Physical activities are an incredible confidence booster, which in turn proves beneficial for their self-esteem. One of the best ways to prevent depression in kids is by increasing their self-confidence. Also, physical activities are surprisingly beneficial in the fight against obesity. Nowadays, childhood obesity is a major issue of concern, resulting from the sedentary life of kids.

When youngsters engage in physical activity by playing with their army toys, the brain releases endorphins, which contribute to a positive mood. See this link, https://www.medicalnewstoday.com/articles/320839#:~:text=Endorphins%20are%20chemicals%20produced%20by,surgery%20or%20for%20pain%2Drelief., for an explanation of the effects of endorphins.

Due to the high testosterone levels when compared to girls, boys need a way to channel their aggressiveness. Hence, physical activity is considered the best method to reduce testosterone. Although military games are sometimes aggressive, these are excellent when it comes to aggression relief.

Military games help children understand the existence and crucial role of rules in their lives. It’s important for kids to learn not to let their emotions control their behavior in all situations. They need to follow rules in order to respect others; cooperate when necessary; become good negotiators, and learn to differentiate between right and wrong. These skills are essential in order for a child to become a responsible adult.

The military is all about following rules. When kids play with army toys, they have no other alternative but to play by the rules. As time goes by, they understand rules exist not only in their games but also in real life. They learn how to be obedient and tolerant, which helps them understand their parents better when being advised against doing certain things. It’s common for children to interpret the behavior of their parents negatively and refuse to follow their advice.

A sense of patriotism

Multicultural societies like the USA are confusing for children as far as patriotism is concerned. Consequently, they face difficulties in understanding the concept of patriotism and identifying themselves as Americans. Nevertheless, by using military toys, youngsters eventually become proud of their county and its values.

Moreover, kids identify themselves with the soldiers serving the country. It’s of vital importance for them to have positive role models while growing up. Otherwise, there is a high chance for them to grow up in a dysfunctional society. However, by becoming patriots, kids shouldn’t be discouraged from respecting other communities. Instead, they should be taught how to live in a union.

Stop hesitating whether to buy some army toys for your kid. Military games make children more disciplined, protective, and fit.

Their role in child development is worth considering!

5 Ways to Keep Kids Entertained at Home
GeoSmart Flip Bot
Five Star Rated Backpacks Kids Need Perry Mackin
Managing the Content Kids See on Their Device With Family Link From Google
Money-Making Options to Teach Your Kid
Moosh Moosh has Halloween Characters
Newborn Nerves: What to Expect at Your First Well Child Visit
Why Parent Involvement is So Important in Early Childhood Education?
How To Help Kids Develop A Good Skincare Routine
How To Make Your Garden Child-Friendly
0
0
0
0
0
0
0
0
0