Skip to Content
Home Clothing Does Wearing A Uniform Instil Discipline for Children in Private School?

Terri Ramsey Beavers Leave a Comment on Does Wearing A Uniform Instil Discipline for Children in Private School?

The idea of wearing a uniform has been long since debated and anyone has yet to conclude whether wearing them instils discipline in children or not. Some studies have shown that a large number of schools opt for the idea because they see a change in student behaviours overall. As a patron of uniforms myself, I am all for wearing uniforms. From personal experience, I found that it has a lot of benefits.

For instance, when I think about the days I was in high school and had to wear a uniform, I found that:

– It took me half the time to dress up for school than it did on casual days. Wearing the same thing every day was a no-brainer for me, all I needed to do was to make sure my uniform was clean and put out the night before. When I woke up in the morning, I slipped it on, combed my hair and headed downstairs for my breakfast within a good time.

– Secondly, and this may sound bias, but it did make me feel smart. I felt that when I adorned a uniform not only did, I look smart, but I almost had this air of self-discipline that could not be shaken off. I turned into this studious and disciplined student, who always did her homework on time and got good grades. Some may say this is impossible, but I did happen to me. When I graduated with 6 distinctions, no one was the wiser!

Back then, I remember you could buy your uniform from the institution itself, but nowadays due to the increase and demand of educational institutions and various faculties, the schools can’t keep up so they outsource their uniforms to manufacturers and stores that sell them to the parents. Some specific to only private school uniforms. Able Cresting provides uniforms for private schools, from the full attire consisting of jerseys, skirts, ties, cardigans, t-shirts, dresses to name a few. Every institution has a particular style.

– Of course, no one wants to get into trouble while wearing a uniform outside of their premises, because then they will all know where you went. This was one of my fears, when I was outside whilst still in uniform, I made sure I did not misbehave because I often saw some other children doing this and getting into trouble. Some were expelled or suspended and brought shame to the institution’s name and reputation. But I was always taught to behave well and respect adults and other children just the same. No one wants to be known as ‘that kid who went to so and so school, got suspended’.

Studies Have Been Done

These are just some of my personal experienced that I can remember when I was still young and naïve. However, don’t take my word for it. there have been studies done on this very topic, by various institutions, and published results, stating that uniforms do have the potential to instil discipline in many school kids in private schools.

One example of a facility that has done these kinds of studies is the US Department of Education or the National centre for education, has statistics of a lesser rate of bullying in schools where children wear uniforms, or they implement uniforms on purpose as a measure of discipline.

Similarly, there was also a study completed in North Carolina, including almost 40 different schools, where a warping 60% of them noticed that the number of misbehaviour cases on the campus facilities was significantly reduced once they introduced a uniform policy. All three, violence, crime and suspensions had dropped drastically. You can read more about these measures online.

Did the Dress Code Idea Work?

In trying to aim for a more casual outlook, several institution had implemented what’s called a ‘dress code’, this entails what children are and are not allowed to wear, in the case where they are not required to wear a uniform to school. However, a majority number of them found that this doesn’t always work, because students would work un-acceptable attire which almost impacted them negatively in the way they behaved.

These institutions noticed that these kids were distracted easily by their looks and clothes, and some of them wore gang-related patches and logos on their jackets to mention a few things.

The only solution to this was to implement a strict policy of uniforms. It was a highly debatable topic amongst lots of private and public schools, but the numbers don’t lie. All over the US, there was a huge increase in uniforms from the 22 percent of schools in 1999 to the additional 12 percent that joined the idea a year later in 2000 https://journalistsresource.org/studies/society/education/school-uniforms-research-achievement/. Some were against it, saying that it makes the children lose their sense of ‘self’, i.e. their individual personalities and that it blocks them from their creativity.

Another simple yet powerful reason for implementing uniforms was that it was easy to spot an outsider in the filed or around the school. In today’s world, there is only so much that we can do to stop criminal activity in our neighbourhoods. But at least the authorities try, and schools are no stranger to this. If we don’t learn from our experiences, then what is the point?

When cases like the one of the school kid Michael Dunahee disappeared from the playground of his school, Blanshard Park Elementary School, in Victoria, British Columbia, it became one of the biggest disappearance cases ever. Not to put a scare on any reader, but, it’s things like these that we learn from and try our best to do what we can to avoid it from happening again. Even though the idea may be a simple one – as simple as getting kids to wear a school uniform, the impact can be a huge positive in the bigger picture. 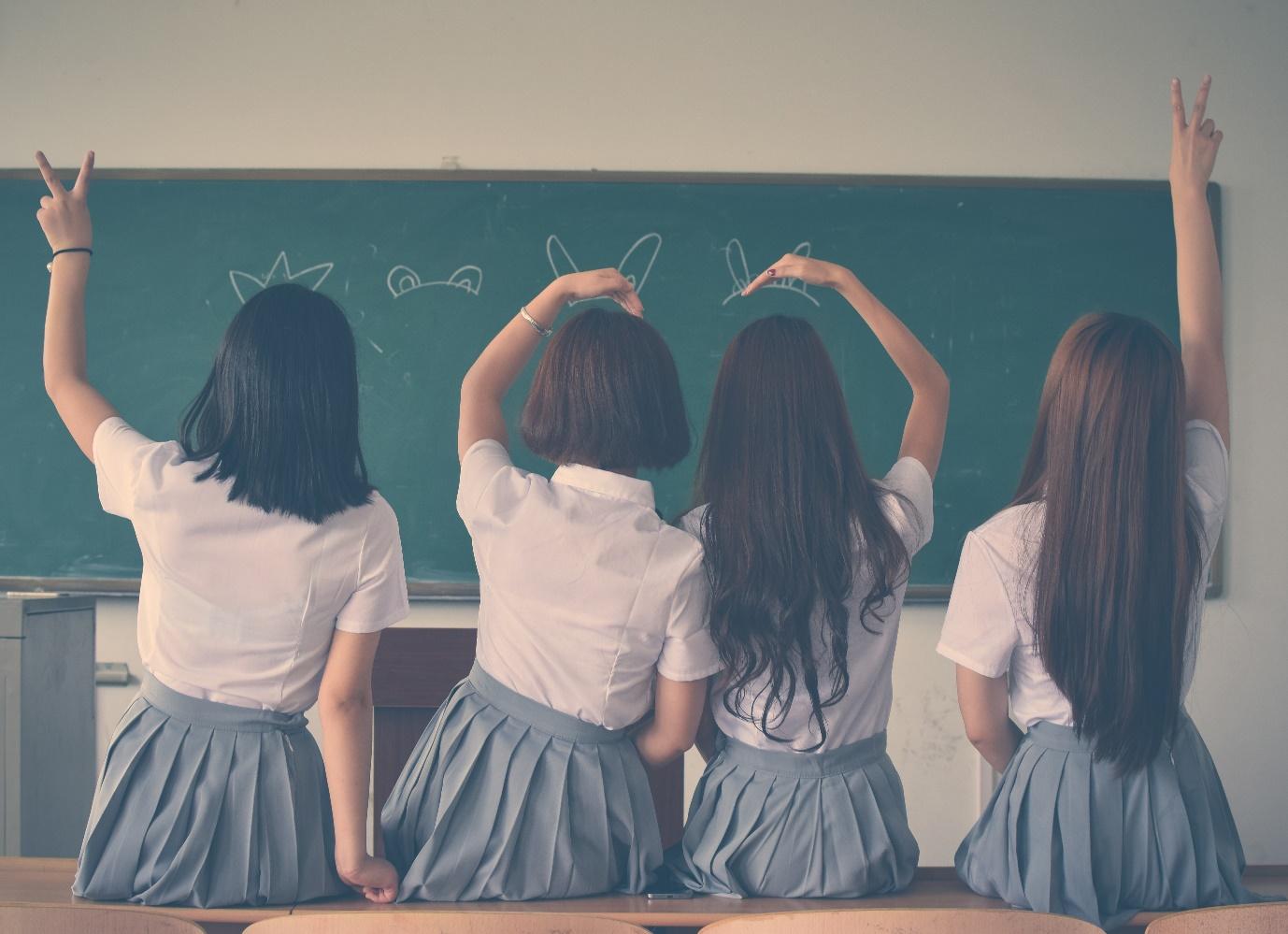 Again, a debatable topic, which I may not get into right now. Of course, as with two sides of the coin, there are those other studies that were done and did not come up with any conclusive results i.e. did not conclude that uniforms made any difference to children’s behaviour. In my opinion, it would be best to keep children disciplined until they are at least completed with their high school years. Once they graduate into University or working life, then they can open up their wings and fly in whichever direction they want to. Until then, I am all for uniforms.

8 Ways You Can Spice Up Your Look by Adding a Splash of Color
How to Launch Your Fashion Brand With a Pop-Up Event
Black-Tie Fashion Essentials
How Do You Make a Western Look?
5 Tips for Becoming More Fashion Forward
Making Someone's Day During Lockdown
How to Look Boho?
How to Wear Cowboy Boots: A Guide for Any Outfit
A Beginner's Guide to Sewing Your Own Clothes
Does an all over tan float your boat?
0
0
0
0
0
0
0
0
ClothingFashionLifestyleshopping