The first time I heard of Virtual Reality devices was from my son.  As a kid, there was nothing cooler in his eyes at that time. He was amazed with it and I made sure to pay attention to the age ratings and all of the things us parents do when letting our kids play with something new.  Virtual Reality has come a long way since the beginning of it’s introduction.

As the technology that drives virtual reality improves, we’re likely to see it turn up in more and more places. It’s no longer necessary to wear a thick headset to enter a poorly-rendered VR world. As video game players know, wearable VR tech is now thin and adaptable, and improvements in computer graphics have made the creation of virtual reality worlds as visually convincing as the real thing possible. 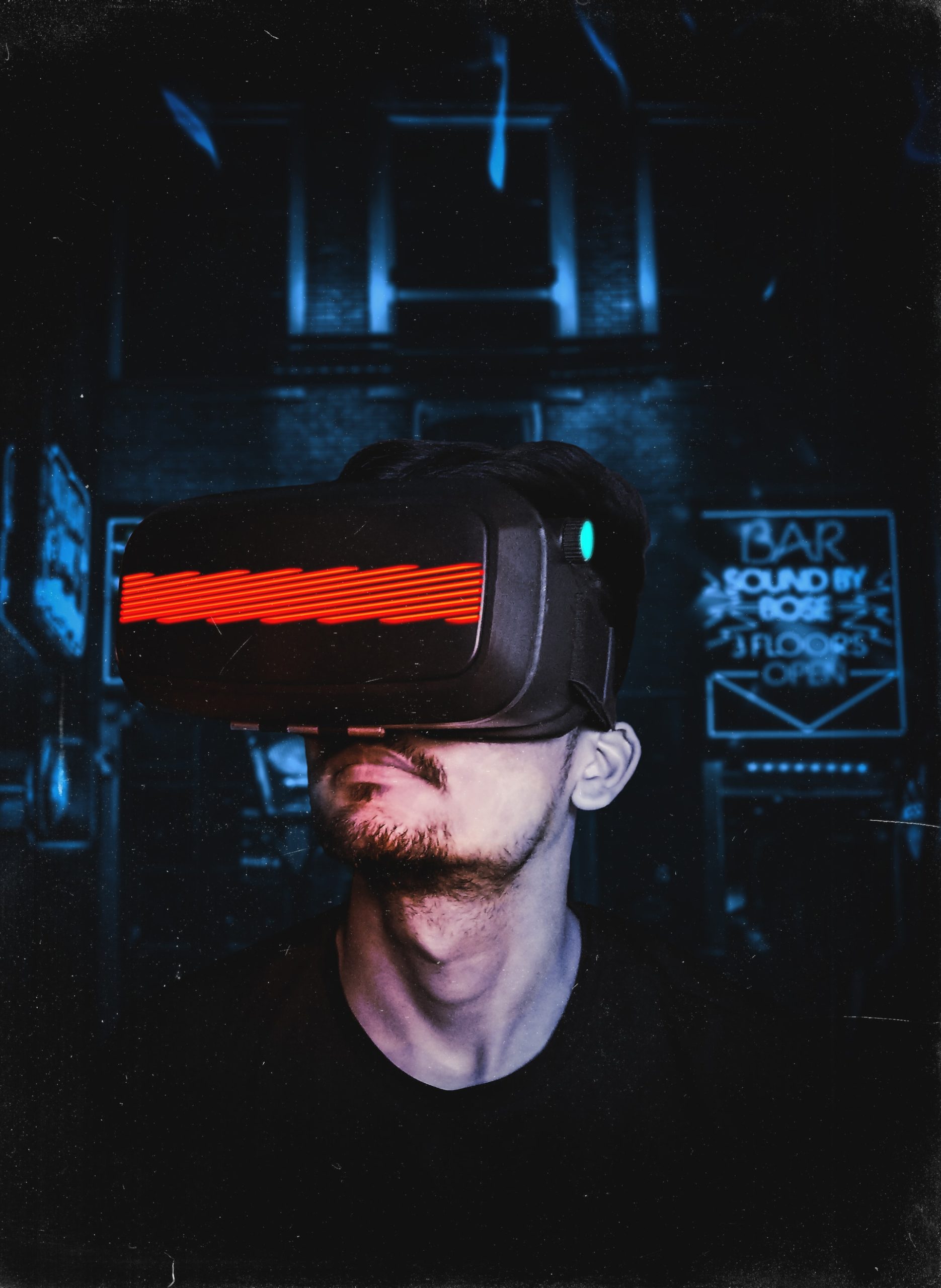 Because of these improvements, we’re seeing VR taking on an increased profile in many aspects of our day to day lives. The world of entertainment has been a major beneficiary. Virtual reality cinemas are increasingly popular. Headsets like Oculus Rift are taking video games into a whole new era. Even online slots websites are opening themselves up to the possibilities that come with virtual reality. When the internet was invented, PayPal casino quickly replaced real-life slot cabinets as the easiest and most convenient way to play casino games, but they couldn’t totally replicate the feeling of standing in front of a real cabinet. Now, the introduction of VR to online slots websites means that players can get all the sights and sounds of a casino while sitting in their front room. It may even soon become possible to use VR to watch live sports from home as if you were sat with the rest of the fans in the stadium.

All of the above areas are places where we expected VR to reach, but if there’s one industry we didn’t consider likely to get a benefit from new VR technology, it’s farming. There have been many advances in farming technology over the course of the past few years, but they’ve been focused on speed, efficiency, and safety. Virtual reality doesn’t have an obvious role to play in any of those factors. Where it has come in handy, though – at least if Russian farmers are to be believed – is keeping cows calm enough to deliver the maximum possible yield of milk.

The theory behind this unlikely use of VR is easy enough to follow, and it goes like this. Cows get anxious, and when they’re anxious, they don’t produce as much milk as they could do if they were relaxed. It’s not always possible to keep cows calm in a farm environment due to noisy machinery and the presence of other animals, and therefore virtual reality headsets can take the cows away to a happy, quieter place so their anxiety levels will drop. Once they’re calm and settled, they start to produce more milk, and the farmers make more money. That, in turn, pays for the cost of the virtual reality technology.

If you’re unfamiliar with the therapeutic qualities of virtual reality, the idea probably sounds crazy, but it isn’t. Virtual reality therapy has slowly been gaining credibility and mainstream acceptance in the world of science and medicine for several years now, and has been proven to have several beneficial effects. People with severe phobias have been able to overcome them after being placed in a virtual reality environment with the thing they fear repeatedly, and thereby reducing their level of fear through prolonged exposure. Some stroke patients have been able to regain some or all of the use of their limbs and muscles after extended sessions of VR treatment. More than any other use, though, VR has been used to treat people with stress or anxiety conditions and has proven to be a particularly useful tool in doing so. It would now appear that what’s good for humans can also be good for cows.

The decision to use virtual reality on the Russian cows came from a study performed by Moscow’s Ministry of Agriculture and Food, which proved a connection between the milk yield of a cow and its ’emotional experience.’ Specifically, it showed that cows showing textbook signs of stress or nervousness produce less milk than a cow that shows no such symptoms. To counter the nervousness of the herd, the cows were shown a specially-programmed simulation of a calm field in the middle of summer, using headsets that had been redesigned to fit safely on the heads of the animals without causing them distress.

Although the tests have so far been limited to a single Moscow farm, the results are said to be promising. Both the quality and the quantity of milk produced by the cows are said to have increased, and serious thought is now being given to expanding the trail and including other Moscow farms in the program. There are even suggestions that the trial could become nationwide if further success was to be recorded. If that was the case, it’s likely only a matter of time before farmers in other countries started to take note and fit their own cattle with headsets. It certainly wouldn’t be the first case of unusual methods being used to enhance the productivity of a herd:- during 2018, a farmer in Hampshire, England, claimed to have increased the yield of his cows by playing opera music to them.

If the success of the initial trial is replicated elsewhere, it may force us to reevaluate our opinion of virtual reality as a whole. It’s always been thought of as an entertainment product, but the possible health and therapy benefits may ultimately turn out to be more significant than the entertainment benefits. Until we encountered this story, it had never crossed our minds that animals could benefit from VR in the same ways that humans could.

We’re now left to consider where else we might see VR appearing in the animal world. Could virtual reality simulations of famous racecourses be shown to horses before they race them for real, in the hope that it will improve the horse’s performance when it competes in the race for real? Could a dog learn to fetch, sit, and stay from a virtual reality coach? These might seem like outlandish ideas right now, but at the same time, this is an article about putting VR headsets on cows – and we imagine that you weren’t expecting to read that today! None of us know where virtual reality is headed in the next five to ten years, but there seems to be one conclusion we can draw from this – it’s going to show up in places we never dreamed of seeing it.

Cryptocurrencies and slot machines – a perfect storm?
Mother's Day in the Park at Reed Bingham State Park
Best casino game: Slots, Roulette or Blackjack?
Christmas Games to Play With Friends and Family
Smart Ways to Incorporate Online Games of Luck Into Your Lifestyle
A Guide To Casino Gaming
Buddha Board For Earth Day April 22, 2019
How To Get Started Playing Arcade Games: Our Top Tips
Advice for first-time slot players
Starlux Glow-In-The-Dark Games Kickstarter and Special Pricing
0
0
0
0
0
0
0
0
0