Every wedding is a special affair, there’s little doubt about that — but it’s also true that they can begin to feel a bit similar. If you go to a couple of events during wedding season, you’ll soon begin to notice the same things. They’ll feel the same, even if the feeling their invoking is a positive one. When it comes to your own wedding, you’ll thus be tempted to do something a bit different. And why not? It’s your special day, not anyone else’s: make it yours. Below, we take a look at five ways you can have your wedding day stand out from the crowd. 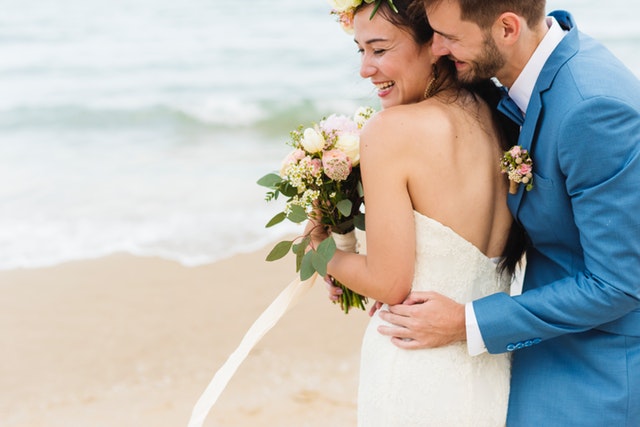 Go Your Own Way

Most people have a vision of a traditional wedding, and then start putting their own spin on things, but it’s never really that much. Instead, consider going your own from the beginning. You don’t have to follow a template for your wedding day; you can do as you please. If you go into the planning stage by thinking ‘what do I want my wedding to look like?’ then you’ll end up with a day that reflects the personality of you and your partner. It’ll be different because it’s so uniquely you!

If you’re getting married in a stunning destination, then you’ll find that people are instantly impressed by your wedding! The world is getting smaller with each passing year, making it easier to get married in exotic locations. Take a wedding in Hawaii, for example. There are few concepts more special than the idea of getting married on a beautiful beach, in glorious weather. You’ll have been to weddings where the venue was somewhat forgettable. Get married in a fantastic destination, and the day will last long in the memory for all your guests.

Everyone you invite will have a special place in your heart. But you’re going to be busy during your wedding — and the people you invite aren’t going to hang out with you, but with each other. As such, it’s their ability to have fun with each other that’ll play a big role in the success of the day. So why not make it easier for them? Have some games and activities out there on the lawn, and you’ll have provided a framework that’ll help them to get to know each other before the dinner and party part of the wedding has begun.

Everyone’s going to be keen to have a good time: let them have one! You can set up a cocktail making station so they can prepare their own colorful drinks, for example, or hire a photobooth; leave some dress up costumes and accessories lying around, and they’ll have bags of fun taking snaps!

Finally, focus on the party. A killer DJ can bring a party to life. You’ll also want to organize a babysitter for those people who have kids, and provide midnight snacks so that people have the energy to dance until the early hours.