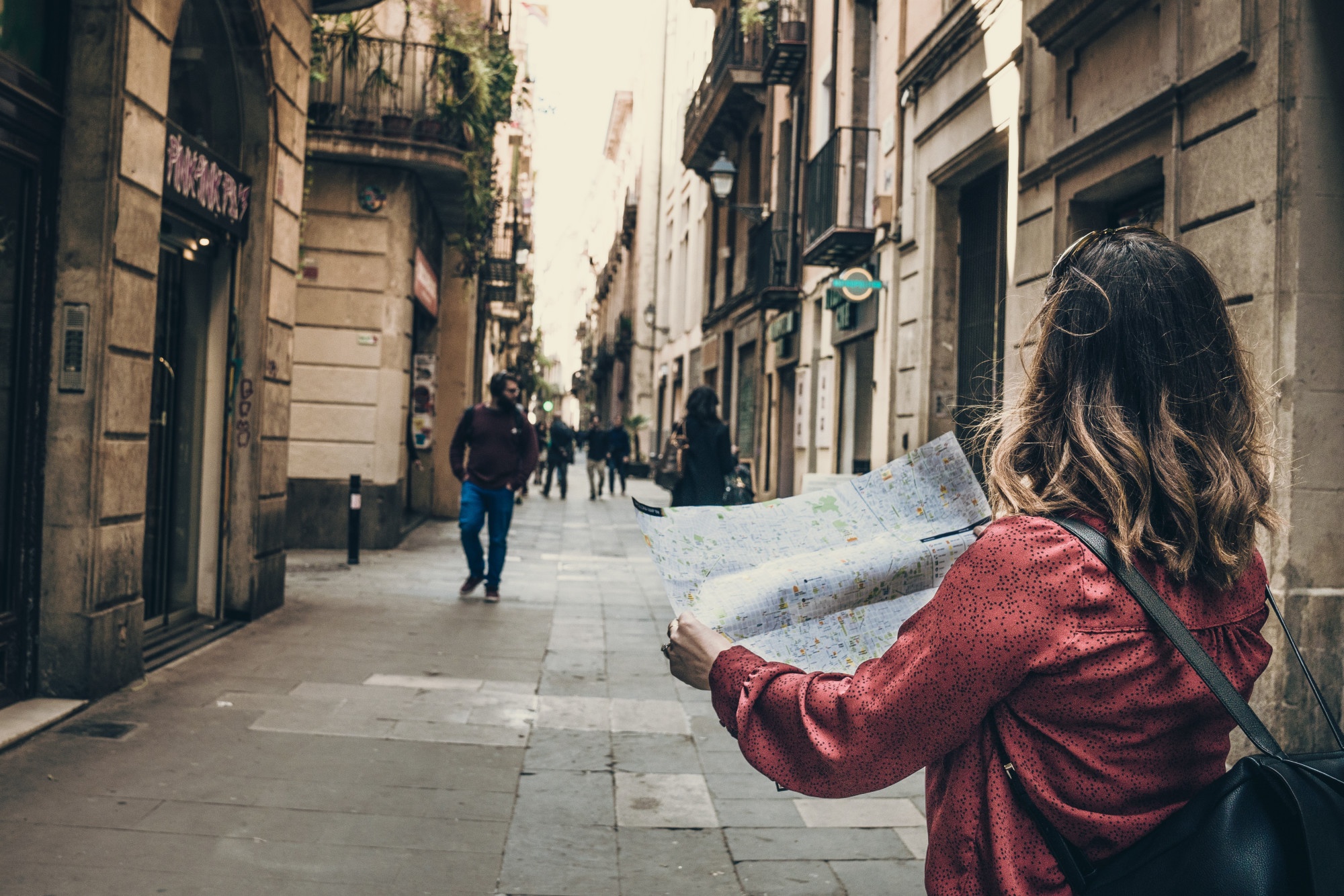 Barcelona is one of the most beautiful and bustling cities in the world. With incredible food, weather, architecture, and vibrant nightlife, it’s not hard to see how you can almost never run out of things to do in Barcelona.

If you only have a few days to enjoy this breathtaking city, it can be hard to narrow down the Barcelona attractions to just a few.

This guide has something for architecture lovers, cathedral admirers, beachcombers, foodies, and everyone in between. Here’s a round-up of nine of the most incredible places to visit in Barcelona and why you just can’t miss these infamous landmarks.

The Sagrada Familia is also known as the Church of the Sacred Family. This Gothic-style church was partially constructed by Antoni Gaudi, the Art Nouveau master until his death in 1926.

There is a lot to take in at this masterpiece so a Sagrada Familia tour is highly recommended.

This incredible church has so much intricate detail, it still isn’t completed today. It is currently still under construction and according to the website, it is expected to be completed in 2026.

From the church, you will also be able to see some of the best views in Barcelona.

Park Guell is another one of Antoni Gaudi’s amazing masterpieces. This whimsical park was originally commissioned as a housing community for Barcelona’s wealthiest residences.

Once it was discovered that the land wasn’t favorable to housing development, Gaudi pressed on making it a park that was inspired by English gardens.

As you walk through the Park Guell you will see benches, mosaics, views of the ocean, and building structures that would make you think you’ve stepped onto a page in a Dr. Seuss story.

Along the pathway, you’ll find tunnels, columns with more amazing mosaics, a museum which was Gaudi’s former home as well as beautiful vegetation.

This is a must-see for anyone traveling to Barcelona.

For food lovers and people-watchers, there is no better place to visit than La Boqueria. This iconic marketplace is both a place to shop as well as an education in Spanish cuisine.

Not only will you be overwhelmed by all of the amazing food on display but you will also get a breathtaking view while looking up at the iron and glass roof that was built in 1914.

This bustling urban shopping market has everything to purchase from seafood, spices, desserts, wine, meats, and fresh fruits to places to eat a tapa and enjoy a beer.

The beaches in Barcelona are among the most unique in the world. Not only are you surrounded by beautiful water but you are also steps away from bars, restaurants, and shopping.

The beachfront in Barcelona stretches for miles on end and it will take you around an hour to walk the main boardwalk.

Along the water, you will find the Olympic Port and a newer mall called the Diagonal Mar Mall in what was formerly a more industrial part of the city.

Get ready to shop along the beaches or sit back and relax with a good book in the refreshing water.

Casa Mila or La Pedrera is another Gaudi building that looks like a quarry on the front. This building was completed in 1912 and was originally designed to be the home of industrialist Pere Mila i Camps with rental apartments on the top.

As a visitor to Barcelona, you will be amazed by the attention to detail on this building. This is another Gaudi masterpiece that you won’t want to miss.

Casa Batllo is yet another Gaudi creation. This iconic structure has a roof that features tiles resembling the scales of a dragon. With a lot of curves and very few straight lines, the attention to detail is magical.

You have likely seen the top of Casa Batllo on a postcard from Barcelona as it is one of the most famous rooftops in the country.

Las Ramblas may seem touristy but if you are only in Barcelona for a few days then it is perfectly OK to act like a tourist and walk the promenades stretching from Placa de Catalunya to the waterfront where the Columbus monument stands.

Along your walk, you will be covered in shade by the beautiful plane trees and you will see hundreds of locals and tourists out for a stroll.

There are amazing foods to try, fresh flowers, and incredible living statues along the way.

The Barcelona History Museum is great for any history buff. This museum is home to one of the few remaining Roman sites in the Gothic Quarter.

You can take an elevator down to see where ancient walls still stand along with vaults of medieval dukes.

At the base of the National Museum of Catalan Art, you will find a Magic Fountain that is breathtaking at night. There is a light show with music that plays every 30 minutes on the weekend.

After you visit the museum you can take in some people watching, watch the lights at night and enjoy beautiful views of the city.

More Things to Do in Barcelona

With so many things to do in Barcelona, it can be hard to narrow it down to just a few. From Gaudi masterpieces to food and amazing beaches to relax on, Barcelona has a little something for everyone.

When you visit Barcelona, in addition to this list, make sure to try a tapa, drink a beer, and take in other landmarks such as Camp Nou, Palau de la Musica Catalana, or the Placa de Catalunya.

If you’re looking for more great places to visit and sights to see, check out the travel section for more guides, recommendations, and lists of must-see destinations.

What's Glamping?! Everything You Need to Know About This Super Luxurious Camping Trend
4 Fantastic Things to Do in Brisbane
Different Types of Trailers & Top Reasons Why Travelers Should Buy Them
Why Visit Gurnee, IL?
Get The Most Out Of Your Travelling!
4 Awesome Angles of America for Your Next Adventure
Looking To Live Off Grid? Move To Utah!
What to do if You Encounter an Accident Abroad
Discover The Beauty Of Connecticut With This Ultimate Travel Guide
Falling for Foliage: 9 Amazing Destinations to See Autumn Scenery in the US
0
0
0
0
0
0
0
0