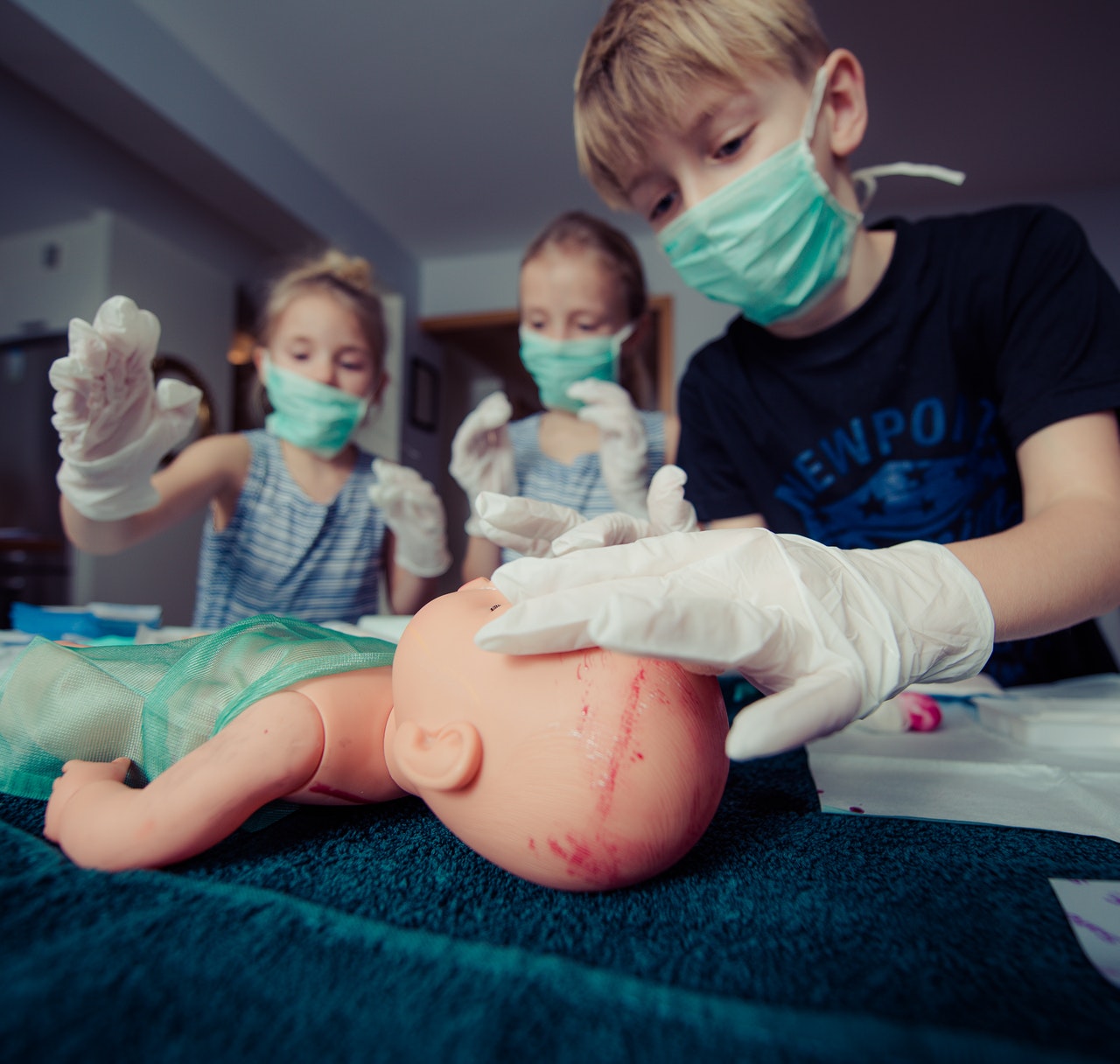 When an emergency transpires, there’s no controlling who in your immediate circle will be affected by it. Part of what makes them so frightening to imagine is the damage they could deal on the most vulnerable members of the community—namely the elderly, the ill, persons with disability, and young children.

If an adult’s first instinct in an earthquake or a severe accident is to panic, then how worse could it be for a child? Understandably, most parents would want to shield their children from getting hurt, as well as emotionally distressed or traumatised.

But in truth, children are more perceptive than we think. Though they are not likely to process grave situations the same way as adults, there’s evidence that they can hold their own—and even step up to help in their own ways. One pertinent example is that of the colourful and optimistic “Iza! Kaeru Caravan” disaster prevention campaign in Japan. Under this campaign, Japanese kids are taught important concepts of dealing with emergencies through interactive games and role-play.

What possibilities do these spell for Aussie parents? What if you could tap into your children’s sensitivity, desire to learn, and natural inclination to help others? This may be a good philosophy to take on when preparing your kids to handle emergencies. Here are five points of action that could serve as a start.

1. Brief your kids about different types of emergency before they even happen. The best precedent you could set for your whole family’s emergency response is to lift the veil on how easily they can happen. Way before the circumstances that could merit an emergency (such as the onset of the rainy season, a sporting event, or an upcoming beach trip), sit your kids down and warn them of imminent dangers. Tell them that the rainy season could bring about floods, or that someone could get hurt while engaging in a physical activity. Like you, they will know to keep their eyes peeled for the worst.

3.  Teach them how to communicate, and who to communicate with, in times of emergency. Acquaint your children with the network of support they can tap, such as your other family members, friends, and next-door neighbours. In addition, they should also know that Triple Zero (000) is the number to dial for ambulatory services, and that they can harness additional assistance from the police station or local city centre. To make things feel easier on your child before an actual emergency occurs, you can ask them to visualise where the telephones are in their schools, daycare centres, clubs, camps, and the like. Have them learn the names of authority figures in these environments, and emphasise to them that these people should be tapped if a problem arises. You can also role-play, or rehearse, an emergency phone call with your child, complete with the proper language to relay the situation. Warn them not to give your address and other personal details to strangers, and not to make hoax calls to any of these hotlines.

4.  Involve your children in your emergency kit preps. Ideally, a family should have multiple emergency kits that can be used at home, at work, or in portable form. It would help to introduce your children to what’s in the kit—i.e. medicines, ointments, bandages, medical equipment, food supplies, and batteries—and explain the purpose of each component. Let them know where these kits are located, in case they need the supplies for themselves or need an adult to access it. You can even assemble small first aid kits for them and add a comforting personal touch, such as elastic bandages with colourful patterns.

5.  Validate your children’s feelings during an emergency. Above all, take the effort to acknowledge how your children feel in the situation. They may be scared about getting hurt, seeing someone close to them incur grievous harm, or feel paralysed with helplessness. Assure them that it is normal to feel scared or worried, and that there is only so much any one human can do—but that, ultimately, everyone is doing the best that they can.

If you build up such a framework of belief among your children, then they will be better disposed to cope with an emergency. More than that, they may be able to help, and you will be surprised at what your little modern-day heroes are capable of!

*This article is for informational purposes only and does constitute, replace, or qualify as RPL for our first aid training courses.

Christmas starts with Magnetic Magformers
Pop Oh Ver Stove and Kitchen Counter Sets
How to tell if your child is ready for preschool
Moosh Moosh has Halloween Characters
7 Brilliant Benefits of Piano Lessons for Kids You Need to Know
GeoSmart Flip Bot
Preschool: how it works and why it's good
Why Parent Involvement is So Important in Early Childhood Education?
What Type Of Dance Should My Child Learn?
Fun and Fast Homework Tips for Your Child
0
0
0
0
0
0
0
0
0